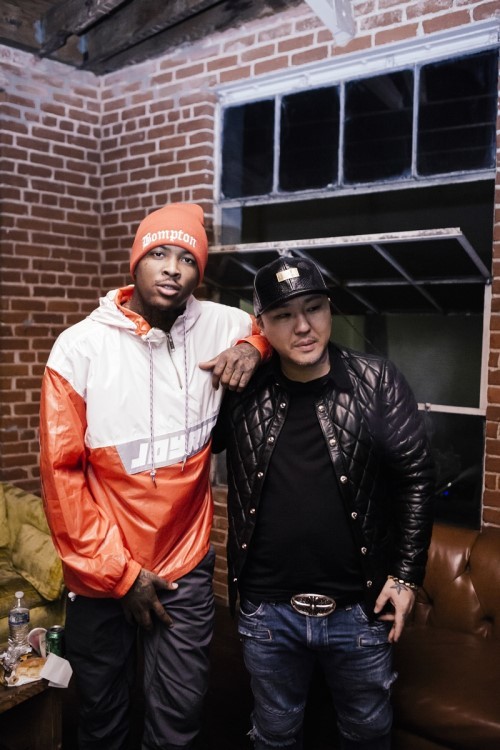 Brave Brothers is especially known for songs such as SISTAR19′s ‘Gone Not Around Any Longer’ and Son Dam Bi’s ‘Crazy.’ (image: Brave Entertainment)

Brave Entertainment said on December 15 that “Several American music labels and artists have set up meetings with Brave Brothers and he is now staying in Los Angeles, California to partake in those meetings. Brave Brothers is also set to work on YG’s new 2015 album.”

YG, who is planning his first Korean concert, will visit Brave Entertainment in Korea to discuss the details.

Brave Brothers is especially known for songs such as SISTAR19‘s ‘Gone Not Around Any Longer’ and Son Dam-bi‘s ‘Crazy.’ YG is known for his debut single “Toot It and Boot It” which peaked at number 67 on the Billboard Hot 100. His first album, ‘My Krazy Life’, also earned critical acclaim.