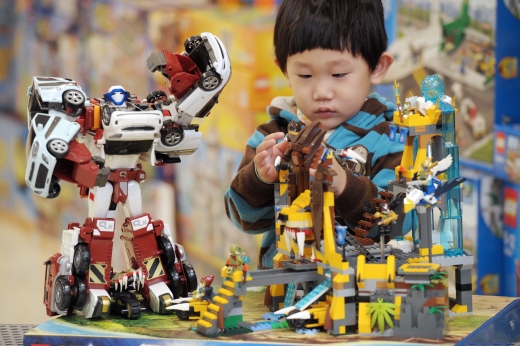 Young Toys will also market its “Tobot” transformer series within this year, based on the characters in the Ttobot series.(image:E-mart)

SEOUL, Korea, Jan 20 (Korea Bizwire) – New animation series featuring homemade characters such as Ttobot and Robocar Poli will be soon released on TV, thanks to investment by domestic toymakers who will benefit from the release through merchandising deals.

According to industry sources on January 17, RoiVisual, the creator of the Robocar Poli series, will launch the latest season episodes on EBS-TV within the first quarter. This is more than two years since the last season episodes were released.

Earlier, Academy Plastic Model had announced that it would unveil a new toy product “Tara and Poli” that comes equipped with infra-red sensors, a move to take advantage of the popularity of the cartoon series Robocar Poli. Young Toys will also market its “Tobot” transformer series within this year, based on the characters in the Ttobot series.

A toy industry official commented, “These days a cartoon series can make or break the fortune of a toy company. For this reason, toy companies will get more aggressive in producing animations themselves.”