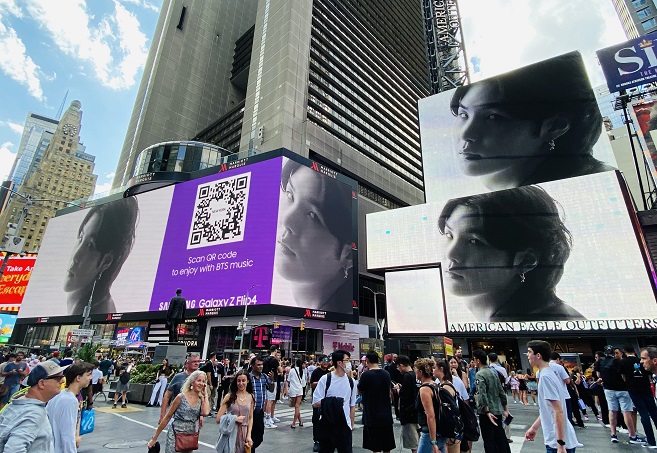 The tech giant revealed the Galaxy Z Flip 4 X BTS collaboration video in Times Square at 4 p.m. (local time) on Thursday with the video playing on 15 screens for 60 minutes. 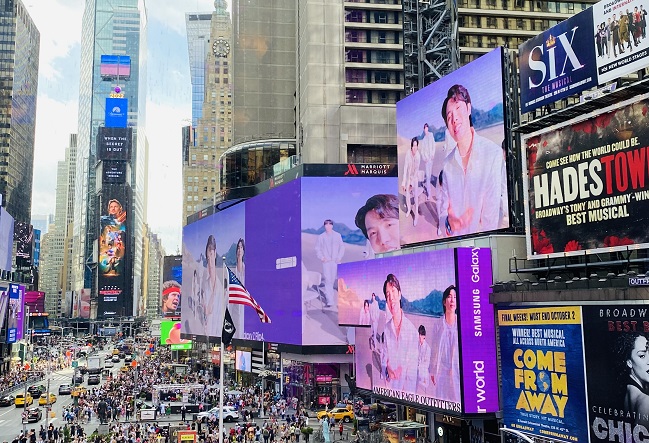 Commercial screens surrounding the three sides of Times Square began a countdown for the new commercial. When the Galaxy appeared, tourists and residents took out their phones to take photos or videos.

The videos were played simultaneously at London’s Picadilly Circus and will be screened in Seoul at COEX and in Tokyo’s Shibuya ward on Saturday at noon.