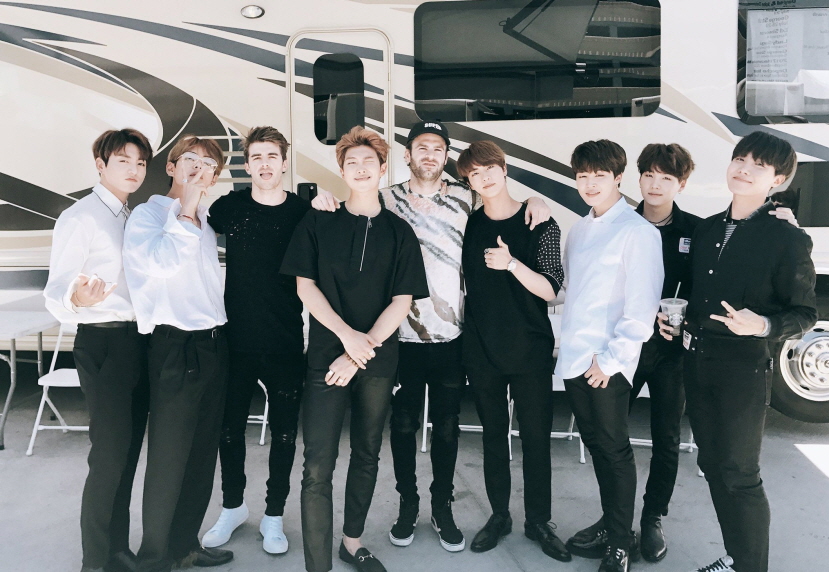 SEOUL, Dec. 12 (Korea Bizwire) — K-pop group BTS has made the list of the top 10 musicians in the United States for 2017, according to American music publication Billboard.

BTS ranked No. 10 on Billboard’s Top Artists year-end chart this year, as seen on the company’s website Monday (local time). Ed Sheeran and Bruno Mars led the chart, trailed by Drake, Kendrick Lamar, The Weeknd, the Chainsmokers and Justin Bieber.

The chart ranks artists based on their performance on the Billboard Hot 100, Billboard 200 and Social 50 charts, and also touring revenue.

The group also took second place on the Billboard’s Top Artists — Duo/Group category after The Chainsmokers, while taking the No. 1 spot on the Social 50 Artists year-end chart.

The group’s smash hit album “Love Yourself: Her” ranked No. 32 on the Independent Albums year-end chart.

Last week, BTS’ latest song “Mic Drop” reached No. 28 on Billboard’s Hot 100 chart, making it the first Korean boy band to join the crucial top-40 list. The group’s album “Love Yourself: Her” peaked at No. 7 on the Billboard 200.

The group has achieved a major breakthrough in the U.S. this year, having been invited to performance at the American Music Awards last month.