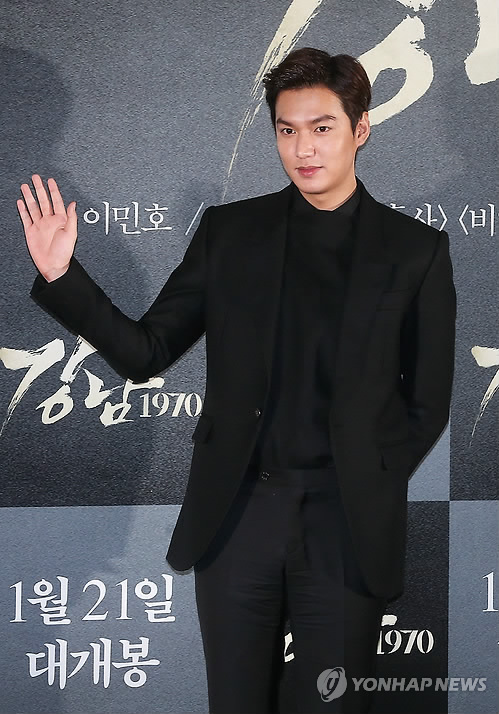 Lee said that he thinks his portrayal of the ragpicker in the film might not be convincing to some people, since he has only played wealthy characters so far.

SEOUL, Jan. 14 (Korea Bizwire) – Lee Min-Ho told the press about his transformation into a ragpicker in the new film ‘Gangnam 1970′, due to open on January 21. Lee attended the press conference at CGV Wangsimni in Seoul on January 13 alongside Kim Rae-Won, Jung Jin-Young, Kim Sul-Hyeon and the film’s director Yu Ha.

The actor said that he is very excited to play the lead role in a major film for the first time.

The film features some violent action scenes, and Lee’s co-star Kim Rae-Won told the press that Lee had a hard time shooting some of the action scenes in the film. Lee said that he felt somewhat emotionally devastated during the middle and last stage of filming, since he had been shooting scenes featuring extreme violence. He also said that everyone has their share of violent nature and the film was the first opportunity for him to express his own violent nature through acting.

Gangnam 1970 will open at theaters in the U.S.A and Canada on February 6, and will also be released in China, Singapore and Taiwan. 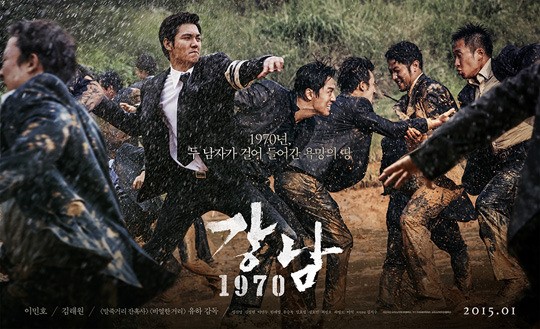