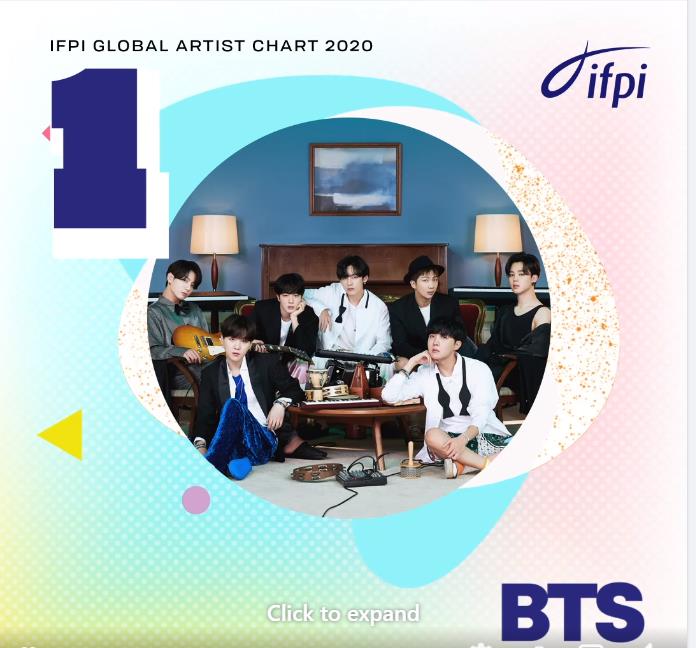 This screenshot from the International Federation of the Phonographic Industry’s Facebook page shows that BTS has been named Global Recording Artist of the Year in 2020.

SEOUL, March 5 (Korea Bizwire) — After spending a phenomenal year with megahits “Dynamite” and “Life Goes On” in 2020, BTS has been crowned Global Recording Artist of the Year by an organization representing the worldwide recording industry.

The win on Wednesday (U.S. local time) marks a first for an act that performs primarily in a non-English language. It also is the first time for an artist who mostly sings in a language other than English to be included on the Global Artist Chart for a third consecutive year.

BTS ranked No. 2 in the 2018 chart compiled by the International Federation of the Phonographic Industry (IFPI) and No. 7 in the 2019 rankings.

The award is given to the best-selling artist of the year globally, based on a number of measurements across digital and physical music formats during the respective year, according to the organization.

“BTS are a global phenomenon,” Frances Moore, IFPI’s chief executive, said in a statement after announcing the 2020 winners.

“They have had another outstanding year, releasing three albums, and continually finding creative and engaging ways to share their story with the world.”

Saying that the septet has proven the “power that music has to bring joy and happiness to people the world over,” Moore cited the names of all seven members and voiced anticipation for their musical journey going forward.

In 2020, BTS wrote history with “Dynamite,” their all-English song that became the first song by a Korean act to debut at No. 1 on Billboard’s main singles chart.

“Life Goes On,” a ballad that the band said it worked on during the pandemic, also topped the chart. It was the first song mostly sung in Korean to achieve the feat. 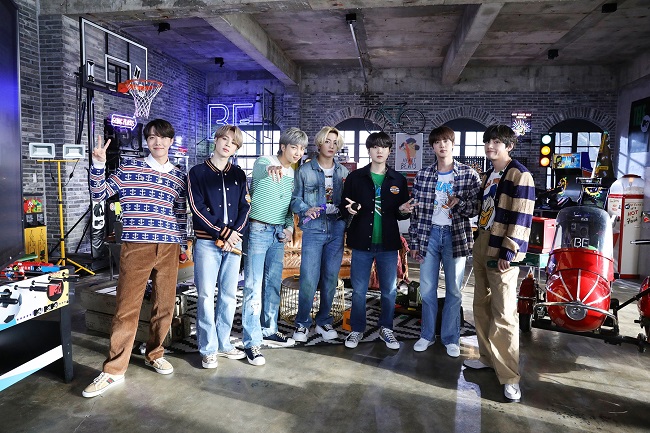 The IFPI acknowledged BTS’ achievements in music industries around the world, calling the act “omnipresent.”

It noted how “Map of the Soul: 7,” released in February last year, was one of the most pre-ordered albums of all time and topped sales in more than 20 countries.

The Japanese language album “Map of the Soul: 7 ~The Journey~” sold more than 500,000 copies in just two days, becoming the best-selling album by a male foreign artist in the Asian country.

The industry organization also mentioned how “Dynamite” broke records for opening day streams on YouTube and Spotify and how “Life Goes On” clinched No. 1s across three continents.

Apart from BTS, other artists who made it to the Global Artist Chart were mostly those based in North America. Taylor Swift ranked No. 2, followed by Drake and The Weeknd. Also among the top 10 artists were Billie Eilish, Post Malone and Ariana Grande.

The IFPI win comes in the runup to the Grammy Awards scheduled for March 14 (U.S. time). Becoming the first Korean pop group to receive a nomination, the group will compete in the Best Pop Duo/Group Performance category with its song “Dynamite.”