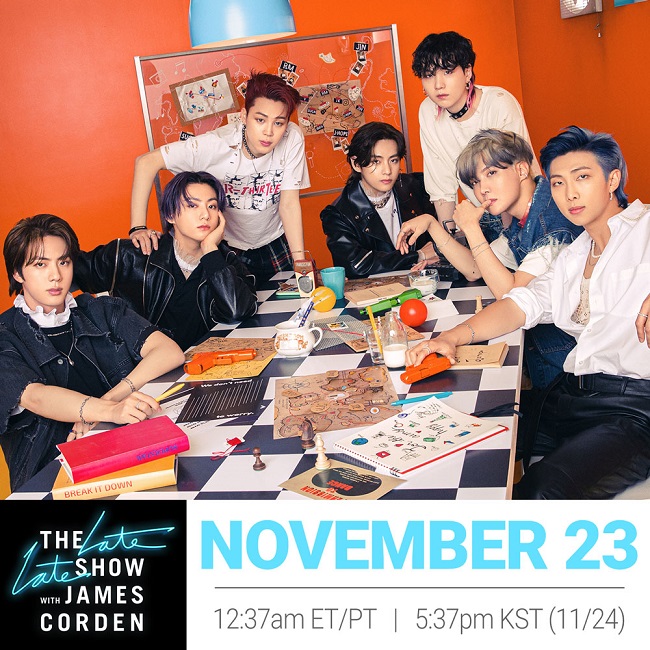 This promotional image provided by CBS shows BTS’ appearance on “The Late Late Show with James Corden” on Nov. 23, 2021.

The seven-piece act will visit the studio of the famous U.S. talk show on Nov. 23 (U.S. time) and perform “Permission to Dance,” one of its hit singles, according to Big Hit Entertainment.

It is the first time BTS has made an in-person visit to the studio of “The Late Late Show” in the United States since January last year when it performed “Black Swan.”

The group had appeared on the show in November last year, doing a video interview and sharing pre-taped performances of “Life Goes On” and “Dynamite” due to the COVID-19 pandemic.

The U.S. TV appearance is in line with BTS’ series of live in-person concerts in Los Angeles to be held at SoFi Stadium on Nov. 27 and 28, and Dec. 1 and 2.