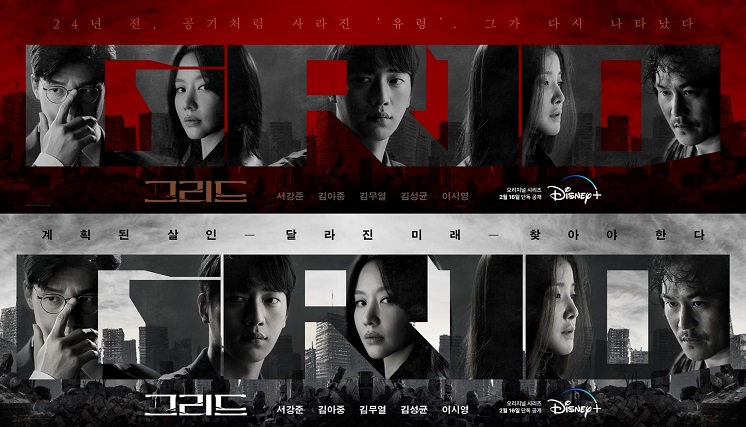 A poster of “Grid” by Disney+

SEOUL, Feb. 21 (Korea Bizwire) — Disney+, the flagship streaming service of U.S. media giant Walt Disney Co., unveiled its first Korean series “Grid” last Wednesday. Still, however, there are only a few reactions or reviews of the series throughout online portal sites and communities.

This 10-episode series talks about a ‘ghost’ that created the ‘Grid’, a barrier that saved humanity from the solar wind, returning after 24 years as an accomplice to murder.

Many viewers who have got used to binge-watching drama series were disappointed by how Disney+ released one episode each week, in contrast to how Netflix typically releases all episodes at once.

Disney+ has been sticking to the strategy of releasing a few episodes every week — the streaming service releases two episodes of its new coming-of-age romantic drama series “Rookie Cops” each week.

“Binge-watching has become the new norm for many viewers as they got adjusted to how Netflix releases their shows,” said Jung Duk-hyun, a pop culture critic.

“‘Grid’ could have become a very immersive series for viewers if all 10 of its episodes had been released at once. One episode per week would only undermine such an experience since viewers have to recall what they saw the week before.”