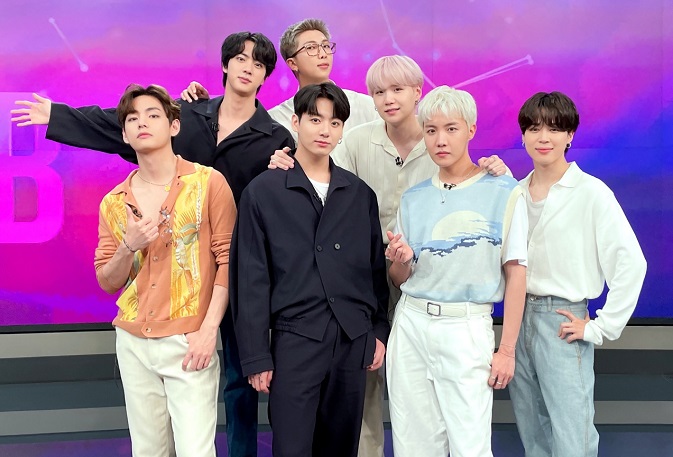 This photo, posted on BTS’ official Twitter account, shows the group posing at a studio during its appearance on SBS News on July 24, 2021.

SEOUL, July 25 (Korea Bizwire) — South Korean superband BTS said it hopes to play an active role in helping youths around the world amid global challenges like economic hardships, inequality and the ongoing pandemic.

The seven-piece group, which has rewritten history by ruling Billboard charts and becoming the first Korean pop group to receive a Grammy nomination, was recently named for the public diplomacy role.

With the appointment, the group is set to attend major international meetings, including the 76th session of the United Nations General Assembly scheduled for September, as well as join campaigns on issues like the environment, poverty and diversity, according to Cheong Wa Dae.

“We are millennials … We grew up with the youth,” RM said in an interview that aired on local broadcaster SBS late Saturday, noting how the members were all born between 1992 and 1997.

“When there’s a crisis and if there’s something we can do and have the power to do so — however weak that is — we thought we would like to do it. We (agreed to the appointment) with a heavy but joyous heart. We will do what we can and return after accomplishing our mission,” he said.

The appointment is the latest in the group’s active profile in social campaigns. The septet has voiced support for various global campaigns like the Black Lives Matter movement and stood up against violence toward Asian Americans.

Most recently, the group incorporated international sign language into its music video and performance for “Permission to Dance,” a gesture that was seen as supporting the deaf community.

“We chose international sign language wishing that we could spread positive energy and give hope and comfort to people around the world,” J-hope said.

Regarding the dance challenge the group recently kicked off with YouTube, the BTS member said he hopes to gain energy from the campaign while also giving off positivity and hope to people who take part in it. 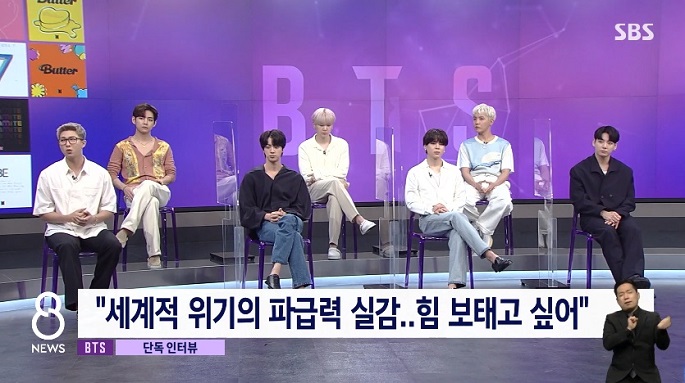 The superband, which recently scored back-to-back No. 1s on the Billboard Hot 100 with “Butter” and “Permission to Dance,” did not give away much on its next song but hinted it would be something relevant as all of its songs have been.

“BTS is a team that lives the present. We’ve grown based on the things and sentiment of the moment … (The messages we wanted to give) also had to come from what we were going through and feeling,” RM said.

Jungkook said the team’s next project will also come from this context.

“The songs and albums we’ve released were born according to our thoughts and feelings of the moment. I think we will hopefully release a good song after deliberating on what we should talk about,” he said, adding that the group is also undecided on whether to release a Korean or English song.

Most of the group’s main tracks that were released recently — such as “Dynamite,” Butter” and “Permission to Dance” — were sung in English with the exception of “Life Goes On,” which was the main track for “BE,” an album the septet took part in producing.

All four songs debuted at No. 1 on Billboard’s main singles chart.