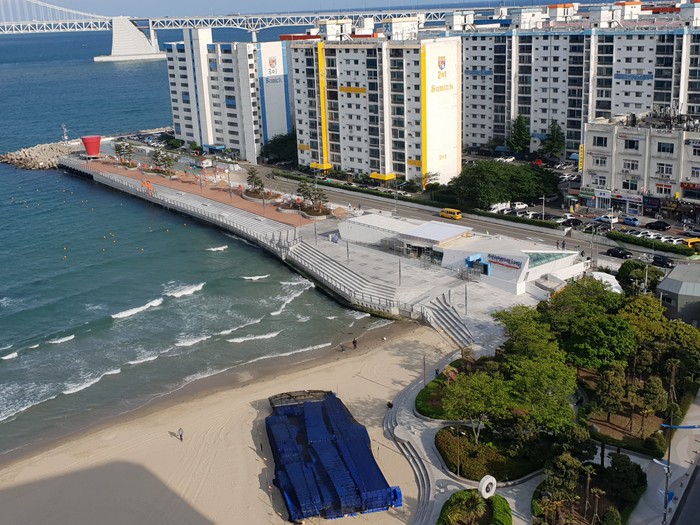 The port city’s Suyeong District reported on Monday that it has launched a service to establish a “smart city master plan” to innovate urban neighborhoods and create future growth engines.

The details of the master plan include the creation of a theme-type specialized complex using IoT, cloud, big data and mobile technology at tourist attractions in local areas, including Gwangalli Beach.

For the virtual reality experience, a center will be created for learning or experiencing surfing, yachting and jet skiing, and a blindfold system will be installed that automatically opens and closes according to temperature and sunlight.

One of the plans is to create a “Smart Media Aqua Wall,” so that consumers can get a quick look at information about the stores and restaurants that are concentrated in the Raw Fish Street.

An official at Suyeong District said, “A team of civic participants as well as public servants will be formed and a master plan will be established through a resident-led living lab.”

Furthermore, anyone who is interested in the master plan can join the civic team or post a suggestion on the district web page.