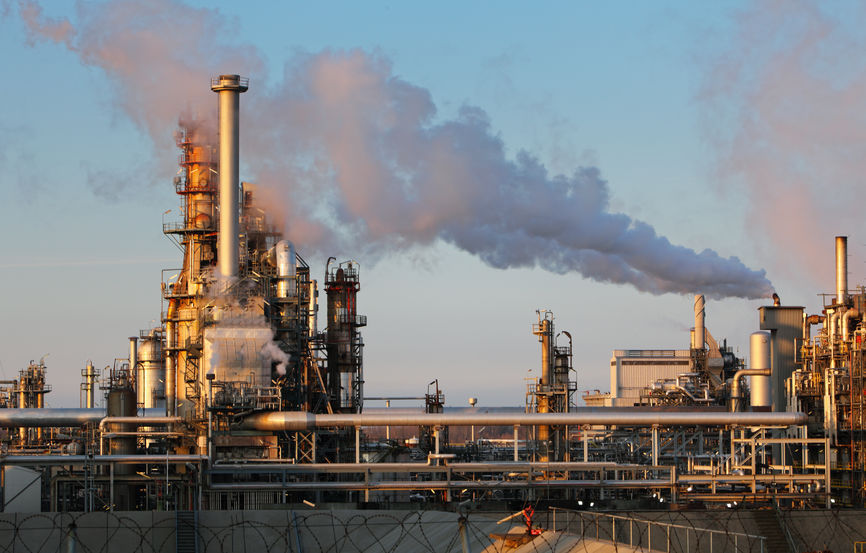 Greenhouse gas emissions trading is a scheme to control pollution by setting a cap for each firm and permit it to buy additional permits if it needs to increase its emission volume. (image: Kobizmedia/Korea Bizwire)

SEOUL, July 16 (Korea Bizwire) – Five months ahead of the upcoming implementation of the greenhouse gas cap-and-trade scheme, business interest groups demanded the government to postpone the implementation time scheduled to begin in January next year.

Korea’s 23 economic interest groups including the Federation of Korean Industries and the Korea Chamber of Commerce & industry held on July 15 a joint press conference at FKI Tower in Seoul’s Yoido and called on the government to delay the implementation by 2020, saying, “It would harm the nation’s industrial competitiveness seriously.” To this, the government responded, “The scheme will take effect on January 1 next year as scheduled.”

Greenhouse gas emissions trading is a scheme to control pollution by setting a cap for each firm and permit it to buy additional permits if it needs to increase its emission volume. Already, 38 countries including 28 European Union nations, New Zealand, Switzerland, and Kazakhstan have adopted the scheme.

The Ministry of Environment will begin to implement the scheme by January next year after announcing caps for different businesses in October this year. To this, large corporations have complained that this is premature given major economies such as the United States, China, and Japan have not yet adopted the scheme.

An energy industry official said, “Industries that emit a lot of carbon dioxide such as power generation, steel making, petrochemical, cement, and display may want to move their operations to regions like China and Southeast Asia where regulation is relatively weaker, which will cause industry hollow-out.”

Emissions trading or cap and trade is a market-based approach used to control pollution by providing economic incentives for achieving reductions in the emissions of pollutants. There are active trading programs in several air pollutants. For greenhouse gases the largest is the European Union Emission Trading Scheme, whose purpose is to avoid dangerous climate change. In the United States there is a national market to reduce acid rain and several regional markets in nitrogen oxides. Markets for other pollutants tend to be smaller and more localized. (Wikipedia)

The grounds for the business interest groups to oppose the scheme are threefold: First, even though some countries led by the EU are currently implementing it, the biggest polluters, including China (28.6%) and the United States (15.1%) that account for more than 40 percent of the world’s greenhouse gas emissions volume, have not signed on. What’s the point for Korea, accounting for only 1.8 percent of the world’s pollution volume, to join the club?

Secondly, the business interest groups claimed that the so-called business-as-usual (BAU) levels the government announced are highly arbitrary. The government earlier announced the BAU levels for 2020 based on 2009 data at 813 million tons and promised to cut 30 percent of that level. To this, the business groups countered the actual emissions would be much higher than the government’s estimates.

Finally, the groups worry that the corporations’ cost burden would be astronomical if the scheme is operational by January next year. According to the government’s estimates, the total emissions volume for the next three years until 2017 for a total of 17 industries would be 1,495 million tons. But the figures estimated by the interest groups are much higher than that at 1,770 million tons. That means the companies must purchase additional permits for 275 million tons.

However, the Ministry of Environment is firm on its earlier plan. A ministry official said it has been five years since the ministry set the 30-percent reduction goal and persuaded businesses. The official added, “There is little problem with the reduction goal as the BAU levels for the next three years were calculated based on realistic figures. The claims by the corporations that the goal was unattainable are simply groundless.”