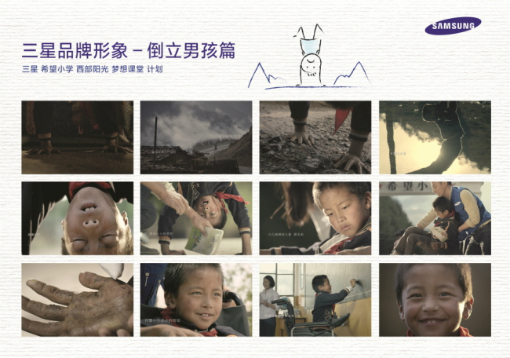 Cheil Worldwide was selected as the Best Creative Agency of the Year at the ROI Festival, winning 14 medals including eight gold medals. (image: Cheil Worldwide)

Korea’s top ad agency announced on November 5 that it was selected as the Best Creative Agency of the Year at the ROI Festival, winning 14 medals including eight gold medals. The company also received 28 awards at the China International Advertising Festival.

Its high profits tangibly prove its successful performance in China. The cumulative gross profit for the first nine months of the year in China stood at 134.1 billion won, or about US$122.5 million, equivalent to 24 percent of the total gross profit of 567.6 billion won during the same period.

As the sales revenue in China is expected to exceed that of the main office in Korea by the end of this year, Cheil plans to make the Chinese unit, Cheil Greater China, a second headquarters. Cheil Greater China currently has 15 branch offices in the mainland, Hong Kong and Taiwan, employing a total of 1,400 staff members.

The Samsung Group advertising arm expands its business in other parts such as e-commerce, targeting Chinese consumers. It recently launched a mobile application to provide Korean tour information for Chinese tourists dubbed “Youke.”

“In the Chinese market, more than 400,000 advertising agencies fiercely compete with each other. Under the circumstances, it means a lot that Cheil Worldwide ranked seventh among the total,” said Aaron Lau, CEO of Cheil Greater China. “We will hold a dominant position not only in the traditional ad field but also in other parts like social networking and e-commerce,” he added.