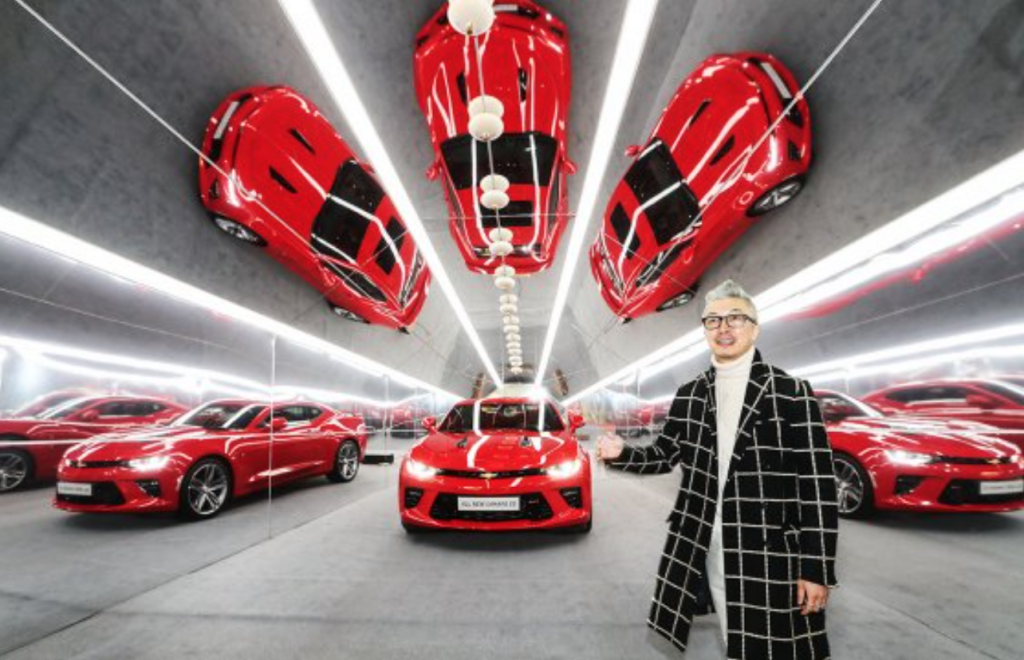 SEOUL, Dec. 7 (Korea Bizwire) – Featured Wednesday at the Seoul Design Festival was the “Volcano Red” version of Chevrolet’s Camaro SS, the model often recognized as “Bumblebee” in the Transformers series (though in yellow with black stripes in the films).

The hot red 453-horsepower muscle car, presented by GM Korea and spatial designer Kim Chi-ho, was placed in a tube with mirrored-walls in seven different angles and accompanied by growling engine sounds, giving viewers the impression that it was racing out of a tunnel.

“Chevrolet seeks endless possibilities,” said a GM Korea official. “We came up with a unique way of marketing that customers can experience, in line with our corporate philosophy.”

The 2016 Seoul Design Festival is taking place at COEX until December 11. 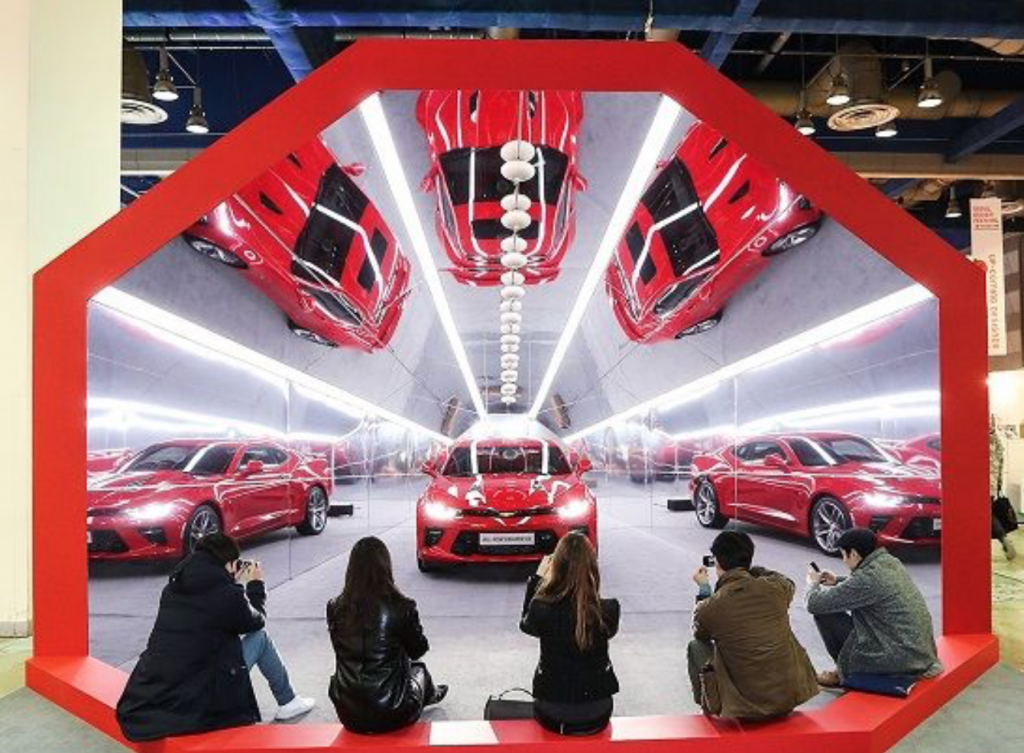 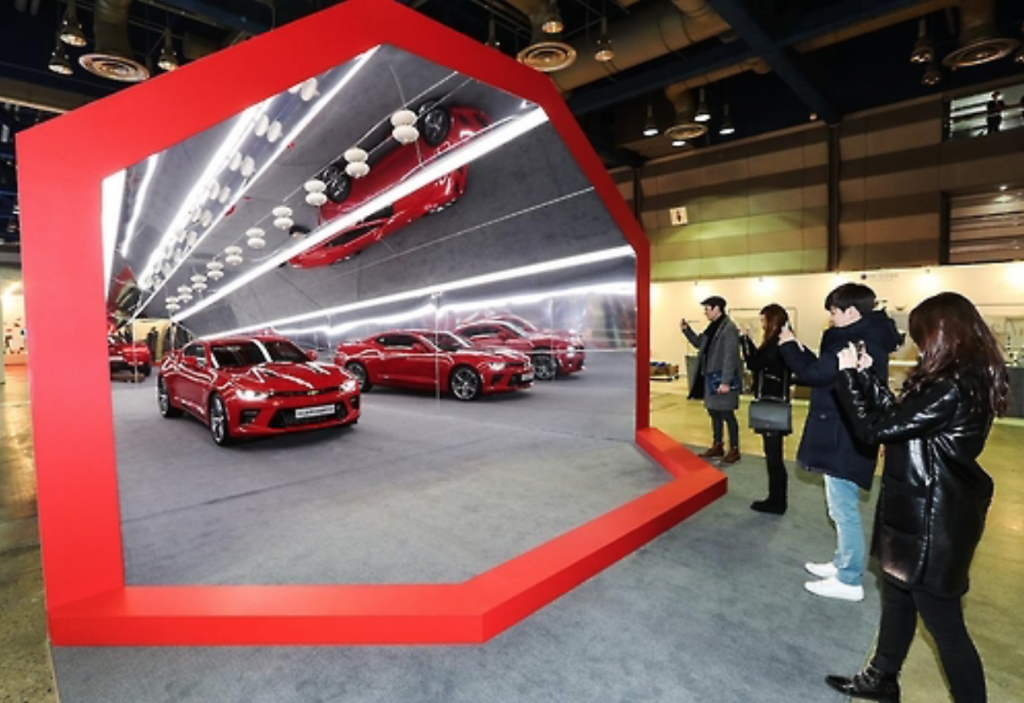