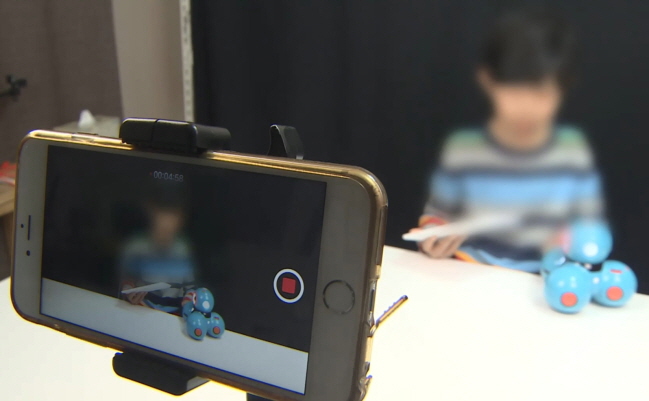 This file photo shows a child talking in front of a mobile phone camera. (Yonhap)

SEOUL, Dec. 2 (Korea Bizwire) — The actions of children introducing toys or performing in YouTube videos should be understood as labor rather than play, a study showed Wednesday.

A research team from Ewha Womans University observed and analyzed the child behaviors contained in 788 YouTube videos from nine channels among the nation’s top 100 YouTube channels involving children over the past year.

The research team closely observed the behaviors of the children in YouTube videos on the basis of four characteristics that appear when children play: ‘child initiated,’ ‘purpose-free,’ ‘play facilitating,’ and ‘time and place.’

The analysis showed that there were no videos that contained all of the four characteristics.

The research team concluded that most behaviors shown by children in YouTube videos are ‘play-like labor’ to create advertising profits for adults rather than ‘pure play.’

The research team recommended that the government come up with measures to protect children appearing in YouTube videos.