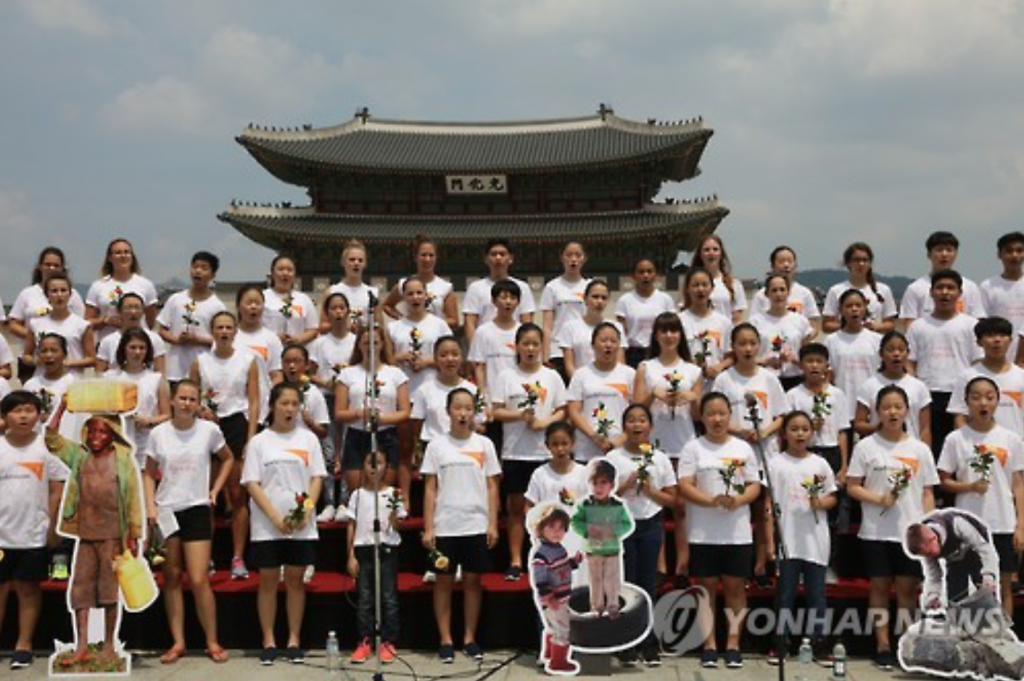 SEOUL, Aug. 8 (Korea Bizwire) – A group of children from around the globe took part in a lunchtime concert at Gwanghwamun Plaza in central Seoul on Monday.

The concert, arranged by World Vision, took place to promote the ongoing 2016 International Children’s Choir Festival, designed to help Syrian refugees for the upcoming World Humanitarian Day on August 19. The festival marks its sixth anniversary this year, and this year’s event is themed ‘Song of Peace’.

The festival is taking place at the Seoul Arts Center and runs until August 11, with parts of the proceeds to be donated to aid Syria’s refugees.

Over 1,050 Syrian refugees have filed refugee applications for South Korea since 2011, and 135 were granted refugee status in 2015. 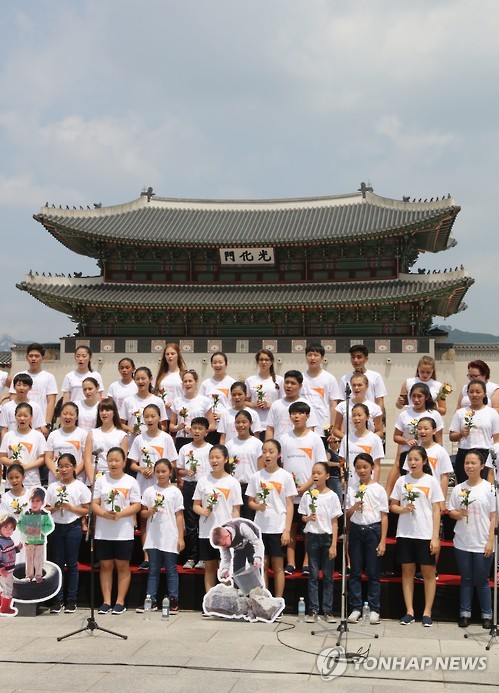 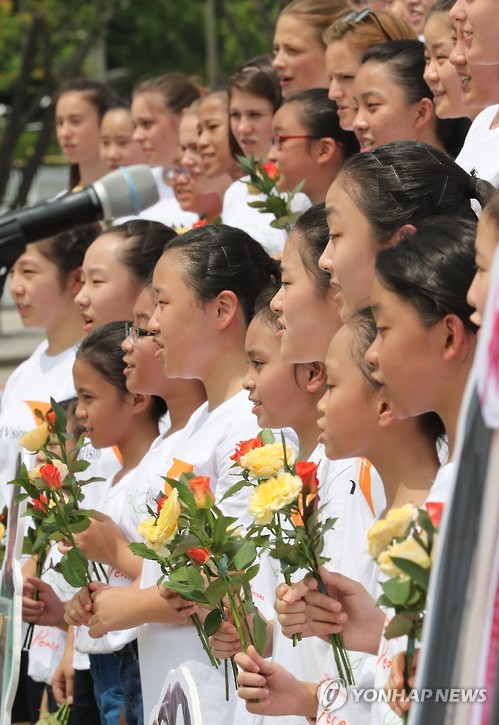