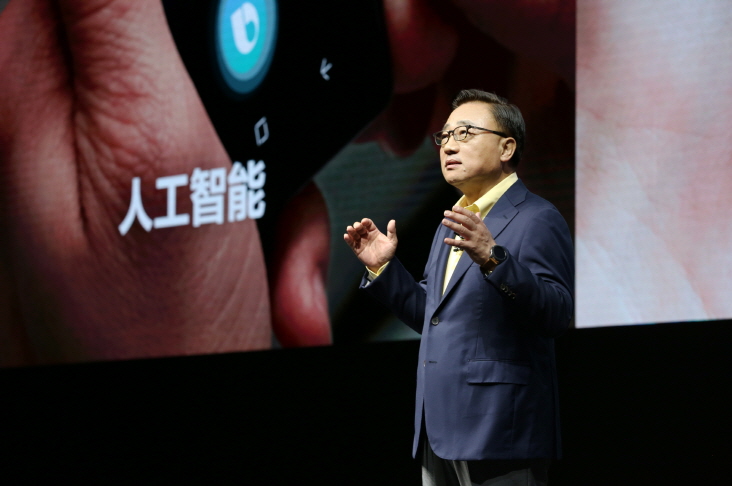 Samsung Electronics President Koh Dong-jin, who heads the company’s IT and Mobile division, delivers a speech at a showcase event for the Galaxy Note 9 smartphone in Shanghai, China, on Aug. 15, 2018. (image: Yonhap)

In contrast to its rising dependency on the Chinese market, Samsung’s latest data sales to the Americas was equal to 26 percent of the total in the first six months of this year, falling from 31.8 percent posted for all of 2016.

The company said five firms accounted for 11 percent of its first-half sales, without providing further details. The latest list is significant as Chinese and Hong Kong firms joined the top five.

Experts said Samsung Electronics should take a careful approach to the Chinese market at the same time, as Beijing’s latest push to foster its own semiconductor industry may adversely impact the company.

“Samsung Electronics, whose dependency on China has significantly increased, may become the victim of the irrational trade dispute between Washington and Beijing, which is ignoring the existing international system,” an industry watcher said.