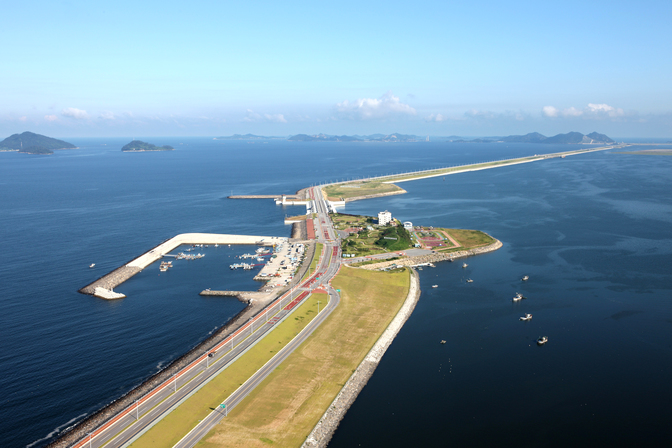 Seen in this photo provided by the Korea Rural Community Corp. is the Saemangeum area on South Korea’s west coast.

SEOUL, Oct. 12 (Korea Bizwire) – Chinese firms turned out to have a hefty stake in domestic solar power companies in the Saemangeum reclaimed land on the southwest coast, a renewable energy center for South Korea, a lawmaker said Tuesday.

According to the data obtained by Rep. Park Soo-young of the People Power Party from the Korea Midland Power Co. (KOMIPO), all of the state power utility’s investments in 10 solar power projects were implemented during the previous Moon Jae-in administration, with the combined size of the projects estimated at 21.5 billion won (US$150 million).

In the corporate registration of Saemangeum Sebit Power Plant, however, the vice-president of the Korean branch of China Energy Group, a Chinese state-run energy group, is registered as an internal director.

And an individual of Thai nationality with connections to a Chinese firm is registered as CEO.

Chinese firm RENA Technologies and Thai firm B.Grimm Power Pcl had a combined stake of 48.5 percent in the Saemangeum Sebit Power Plant, acquiring the stakes in the manner of establishing the right of pledge on the equities of the Korean firm.

When it comes to Energyco, RENA has a 71 percent stake and the aforementioned vice-president is registered as an internal director.

According to the Notification of the Ministry of Trade, Industry and Energy, the share of foreign investment should be less than 50 percent when it comes to businesses that produce and sell electricity, and foreigners’ ownership stake should be lower than that of the domestic majority shareholders.

Rep. Park pointed out that the foreign companies acquired the stakes by establishing the right of pledge, adding that it’s no more than a gimmick to escape the violation of the notification.