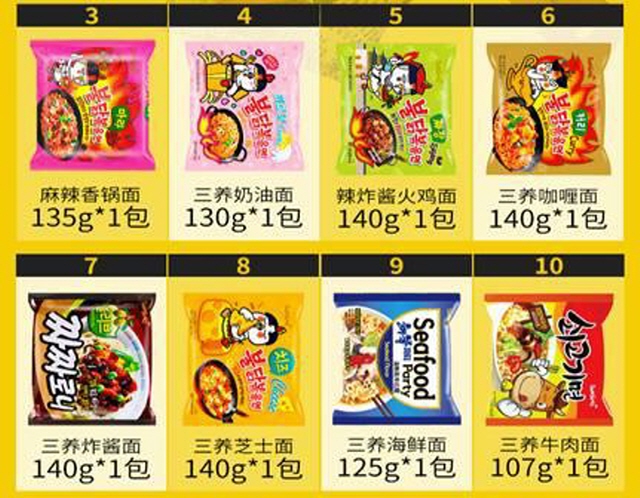 Experts argue that the surging demand for ramen in China has been driven primarily by premium brands. (image: KOTRA)

SEOUL, Dec. 2 (Korea Bizwire) — Korean instant noodles are making a strong comeback as the Chinese ramen market, after a recent stalemate, has been regaining vitality.

The Korea Trade-Investment Promotion Agency (KOTRA) reported on Saturday that Chinese ramen imports surged from US$83.8 million in 2014 to $240 million last year.

Imports of Korean instant noodles, in particular, went from $15.1 million in 2014 to $100 million last year, up almost sevenfold, easily surpassing Taiwan to top the charts in the Chinese imported noodles market.

Experts argue that the surging demand for ramen in China has been driven primarily by premium brands.

In fact, sales of premium ramen products increased by more than 30 percent despite a mere 5 percent growth in last year’s overall ramen sales.

“Korea owns a variety of instant food brands since it was able to achieve faster growth in the field than China,” said the report.

“By targeting younger consumers in China, Korean instant noodles will be able to find new opportunities to infiltrate the Chinese market.”