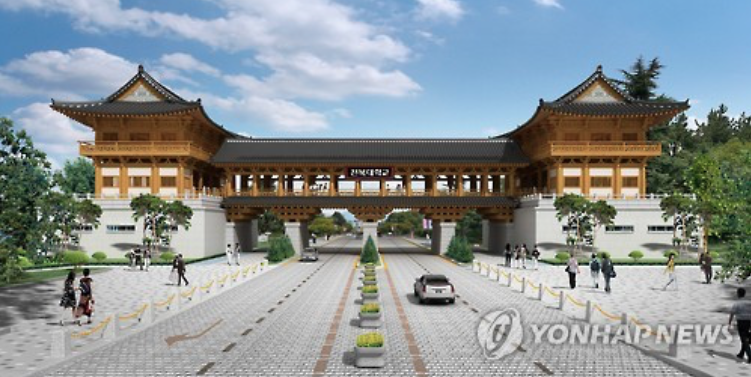 JEONJU, South Korea, Jan. 17 (Korea Bizwire) – Chonbuk National University, located in the historical city of Jeonju, is celebrating its 70th anniversary this year by renovating its campus with a taste of Korea’s traditional architecture.

According to officials, 6 billion won ($5.1 million) will be invested into renovating the school’s main gate, which will be flanked by two new hanok (traditional house) buildings constructed on each side.

Another 5 billion won will be injected into establishing a 12,000-square-meter “commemoration square” that will be built in the existing campus plaza area, which currently houses a water fountain. At the center of the square will be a hanok-style pavilion, officials said.

“The new venture is a part of our plan to turn the campus into the most ‘Korean’ university,” said CBNU president Lee Nam-ho. 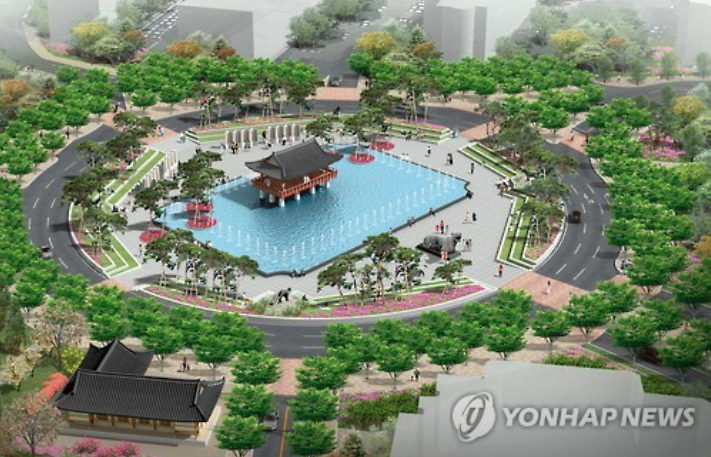