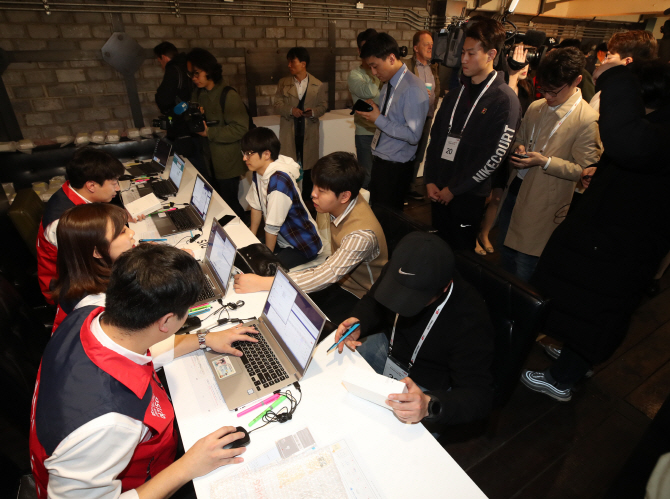 According to the sources, SK Telecom, the crown jewel of South Korea’s third-largest conglomerate SK Group, will not hold a launch ceremony participated in by its customers.

“With high public worries over the novel coronavirus, there seems to be no need to create a feeling of anxiety by insisting on holding large-scale launch ceremonies as in the past,” an industry source said.

LG Uplus Corp., the smallest mobile carrier in the country, has decided not to hold launch ceremonies for new mobile phones beginning this year, starting with the Galaxy S20.

Instead of massive launch ceremonies, the companies are reportedly seeking to ramp up online marketing activities or provide customers with more benefits as the Galaxy S20 series are seen as a magnet for 5G customers.

All three Galaxy S20 phones have bigger screens, upgraded cameras and increased battery capacities than their predecessors in the Galaxy S10 series.

Samsung said the Galaxy Z Flip will hit the market Friday, starting with South Korea and the United States, and the Galaxy S20 series will be launched on March 6. Pre-orders in South Korea will be available between Feb. 20 and 26.

At the event, Roh Tae-moon, chief of Samsung’s mobile communications business, said the global tech giant has decided to cancel a range of events for customers in the wake of the coronavirus outbreak.

As of early Thursday, South Korea has reported 28 confirmed cases of the COVID-19 virus, with seven patients released from quarantine after making full recoveries.