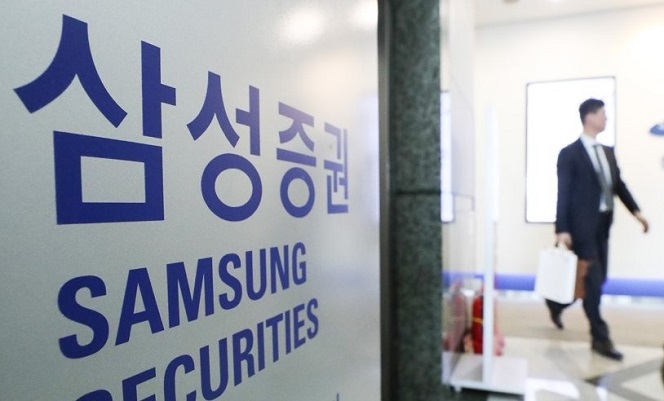 SEOUL, Sept. 26 (Korea Bizwire) — A Seoul district court has ruled Samsung Securities Co. must compensate investors for half of their damages incurred due to a 2018 dividend error by an accidental stock issuance, judicial sources said Sunday.

The Seoul Central District Court recently ruled partially in favor of three investors who filed damages suits against the brokerage firm for the “fat-finger” error caused by an official at the firm on April 6, 2018.

If the ruling is confirmed, Samsung Securities must give between 28 million won (US$23,769) and 49 million won to each investor that sued the company.

The stock blunder took place when the Samsung Securities official typed in 1,000 shares instead of 1,000 won per share in dividends that were to be paid to employees under a compensation plan.

As a result, the company issued 2.8 billion shares that only existed on paper, and some employees who received the stocks quickly sold them in the market. Shares of Samsung Securities nose-dived about 12 percent on the day.

In its ruling, the court pointed out that the brokerage house did not have an internal monitoring mechanism for the employee stock dividend system, and that the massive stock selloff came in the absence of an emergency crisis-management plan.

Regarding the act of the employees selling off their stocks at the time, the court said the personal stock transactions appeared to have taken place as they just pursued private gains, and that the brokerage house cannot take full responsibility.