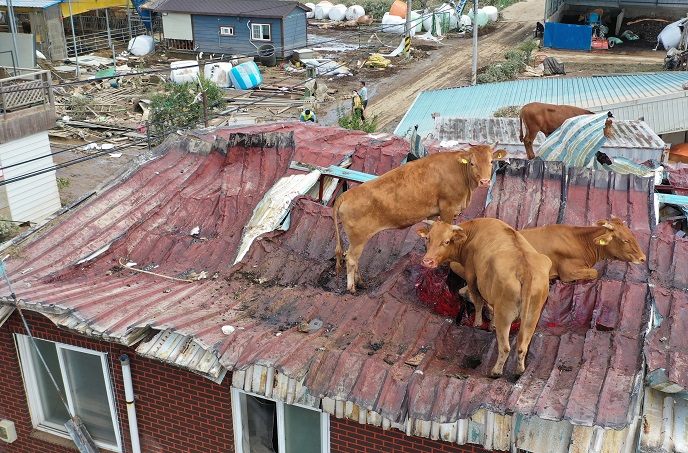 Cows stand on the roof of a cattle shed in the county of Gurye, South Jeolla Province, on Aug. 9, 2020, as the region is suffering from flooding caused by recent heavy downpours.

Villagers, raising some 1,500 cows, returned to the village believing that most of the livestock had drowned. Fortunately, some cows were able to find refuge on the roofs of houses and farm buildings.

Tossing and turning, cows swam against the current to save themselves, and some of them were lucky enough to climb up onto the rooftops of nearby buildings.

While farmers were happy to see them alive, they had to find ways to bring the cows down from rooftops, three or four meters above ground, after the flood waters receded. 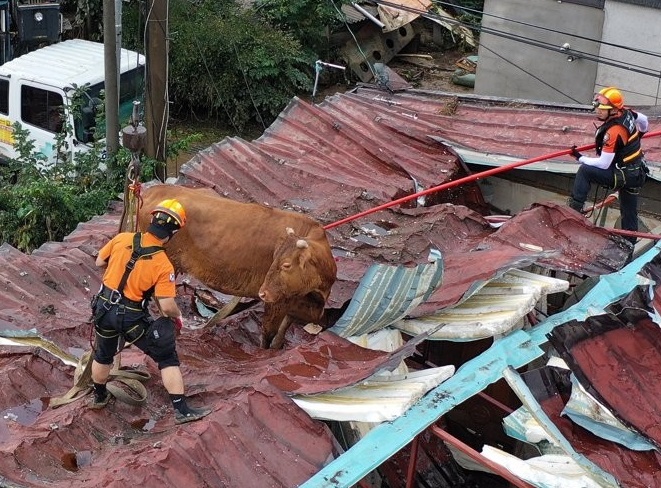 Work to rescue a cow from the roof of an inundated house is under way in Gurye, South Jeolla Province, on Aug. 10, 2020.

The farmers brought tractors and excavators to take down parts of the buildings to make a way for the cows to climb down.

The cows, shocked and exhausted by the flood, seemed to lack even the will to escape, as they stood wearily on the rooftops.

Farmers pushed and pulled the cows to try to get them to move. They even brought food to lure them, but the cows did not budge.

Some cows followed calves killed by the flood that were being carried away by farmers. 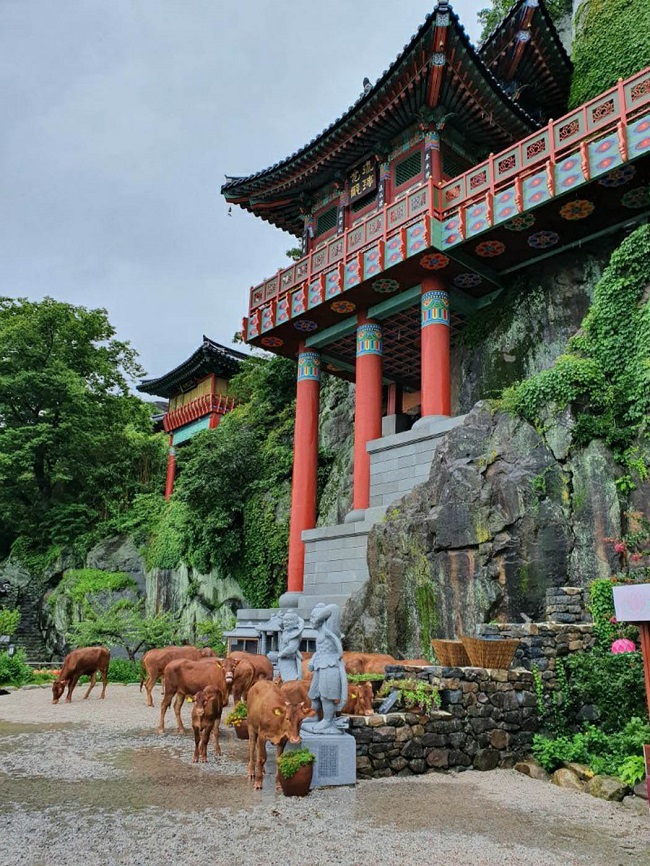 On the previous day, Saseongam Temple, located 531 meters above ground in a mountain near the village, was visited by some 10 cows, who seemed to have climbed up the mountain after barns were swept away by the flood.

On the same day, South Gyeongsang Province was hit with heavy rain falling at a rate of 451 millimeters per hour, with rapidly rising floodwaters wreaking havoc on local farms.

A flood swept through a village in Hapcheon, South Gyeongsang Province, where 300 cows were miraculously rescued. Some of them were found to have escaped the barns themselves, and were later found wandering around nearby farms.