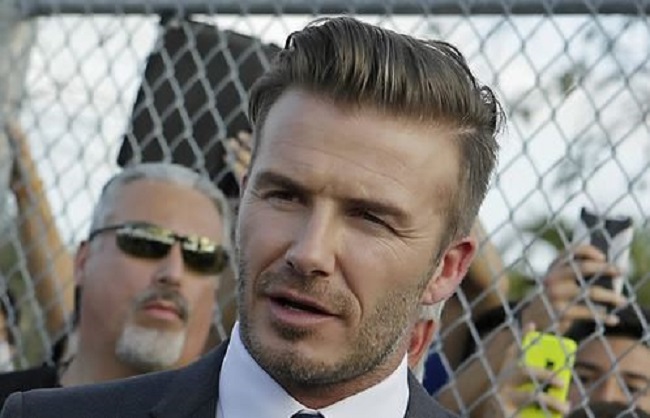 AIA, the pan-Asian insurance group, will bring the 42-year-old retired football star to Seoul on Sept. 20 as its global ambassador. During his stay, Beckham will attend promotional events by the insurance company and meet his fans here.

This is the first time since 2014 that the former Manchester United and Real Madrid midfielder will visit South Korea. Three years ago, Beckham landed in South Korea also for a corporate tour to promote whisky products.

Beckham, who hung up his boots in 2013, visited South Korea several times as a player. Ahead of the 2002 FIFA World Cup, he came to the country for the England national football team’s training camp on Jeju Island.

When he was with the LA Galaxy in Major League Soccer in 2008, he played in a friendly match against FC Seoul at Seoul World Cup Stadium in Seoul.