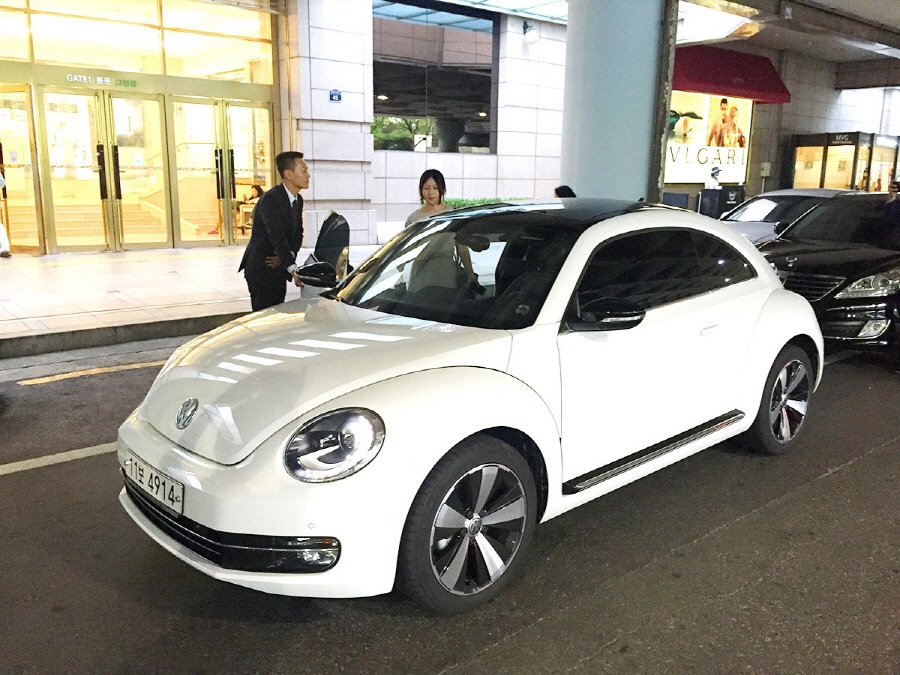 The popularity of diesel vehicles is more apparent among imported brands. Of total foreign car sales during the first half, 70.8 percent were cars running on diesel. (image: Volkswagen Korea)

SEOUL, Sept. 24 (Korea Bizwire) — The proportion of diesel-engine cars among newly registered vehicles in South Korea hit an all-time high during the first half of this year, pointing to their strong popularity among fuel efficiency-conscious consumers, industry data showed Thursday.

The strong presence of diesel cars over gasoline-engine vehicles, however, could weaken as controversy is deepening over Volkswagen’s cheating on diesel engine emission tests in the United States, some observers said.

According to industry data, diesel-engine vehicles accounted for 51.9 percent of newly registered cars in South Korea during the January-June period, up 18 percent from a year earlier.

This is the first time that the ratio has exceeded 50 percent of total sales. During the same period, gasoline vehicles took up 37.6 percent, down 1.6 percent from a year before.

Diesel engine cars have been in strong demand as their better fuel efficiency and cheaper prices at the pump are appealing to many consumers despite lingering concerns over emissions and air pollutants.

The popularity of diesel vehicles is more apparent among imported brands. Of total foreign car sales during the first half, 70.8 percent were cars running on diesel.’

Their growing market presence in South Korea comes in contrast with other markets, including Europe, where they have been steadily losing ground since reaching a peak in 2011 amid tightening environmental guidelines.

Experts are now paying close attention to what impact Volkswagen’s emissions scandal in the U.S. could have on the diesel car market down the road.

The German carmaker has recalled over 500,000 cars in the U.S. after it was found to have faked emission results by using deceptive software. It has admitted that around 11 million cars sold worldwide are equipped with the software.

The number of vehicles whose emission results might have been fabricated is estimated at 150,000 units equipped with 1.6-liter and 2.0-liter diesel engines designed to meet the previous Euro 5 emission standards.

Eight Volkswagen models including the Golf, Jetta, Beetle and Passat are suspected of faking emission results, with their total number possibly reaching around 110,000 units. Around 40,000 units of six Audi brands such as the A3, A5 and A6 are also under suspicion.

The estimates are based on engine information announced by the German carmaker. Volkswagen Korea here confirmed the engine types of the suspected vehicles.

Local authorities have said that they will conduct tests on fuel efficiency and emissions of Volkswagen models in question.

Some observers said that it has tarnished the “clean fuel” image promoted by the German carmaker, while hurting sales by prompting authorities in each country to toughen emission and other environment-related regulations that could end up hiking vehicle prices.

Others cautiously said that the latest scandal will be limited in terms of sales since it is purely a matter of the environment.

“This scandal is not showing that diesel vehicles are dangerous or their fuel efficiency is bad, but that they are not good to the environment. There is no direct damage to customers,” said a source close to the imported car market here. “I don’t expect that the latest deception case will have a significant impact.”

Meanwhile, around 8,000 vehicles have been recalled in South Korea this year due to emission-linked defects. Mostly emissions possibly exceeding admissible levels were the reason for the action.

The environment ministry recalled a total of 7,934 units of 10 models in the first seven months of this year. Comparable figures for the recall are not available, but tightened regulations are leading to a hike in emission-related recalls, industry watchers said.