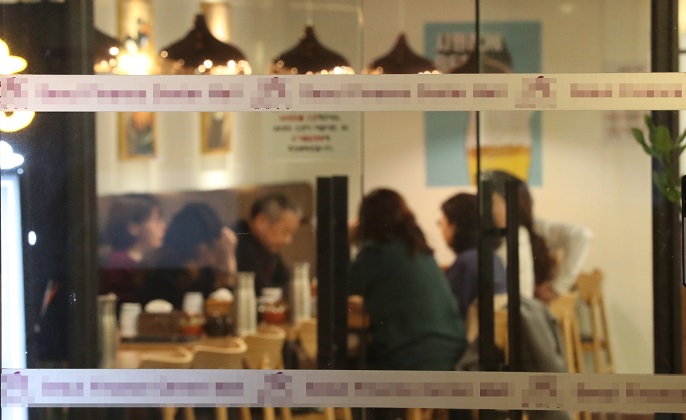 People are seen dining together at a restaurant in downtown Seoul on Nov. 16, 2020. (Yonhap)

Under the government’s new five-tier scheme, Level 1.5 is issued in the capital area when new domestic cases average 100 or more per day in the preceding week.

The government’s announcement Tuesday of a one-notch increase from Level 1 to 1.5 in greater Seoul came after the average tally reached 99.4 as of midnight Sunday.

In addition to the mandatory wearing of masks, Level 1.5 requires tightened social distancing rules at nine types of “priority” facilities and 14 types of “regular” facilities.

The maximum capacity at these facilities will be reduced to one person per 4 square meters. Dancing and moving between seats will be banned at entertainment facilities, while door-to-door sales and other forms of direct sales are to be suspended from 9 p.m.

Eating at karaoke bars will be prohibited, and rooms that have been used will reopen 30 minutes later after disinfection.

Restaurants and cafes need to keep a 1-meter distance between tables, fill every other table or seat or install partitions between tables. 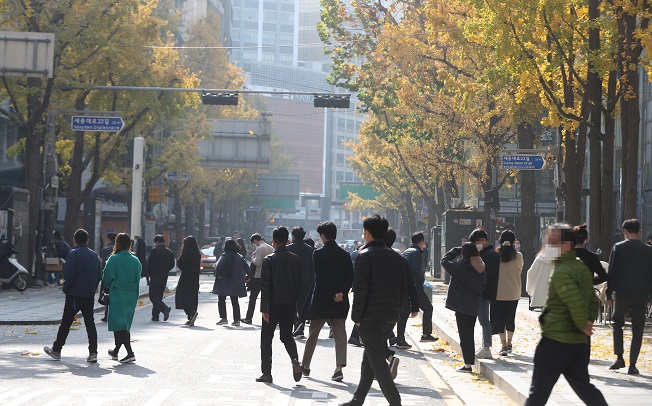 Gatherings of more than 500 people are allowed if they are reported to local authorities and held in compliance with social distancing guidelines.

But rallies and demonstrations, as well as large-scale concerts, festivals and academic events, which involve “high-risk” activities such as chanting and singing, are subject to a cap of under 100 people.

Workplaces are advised to increase the number of people working from home, while high-risk facilities are required to maintain distances between workers and ventilate and disinfect the sites.

Classes at schools must be limited to two-thirds capacity, a requirement that was only advisable under Level 1.