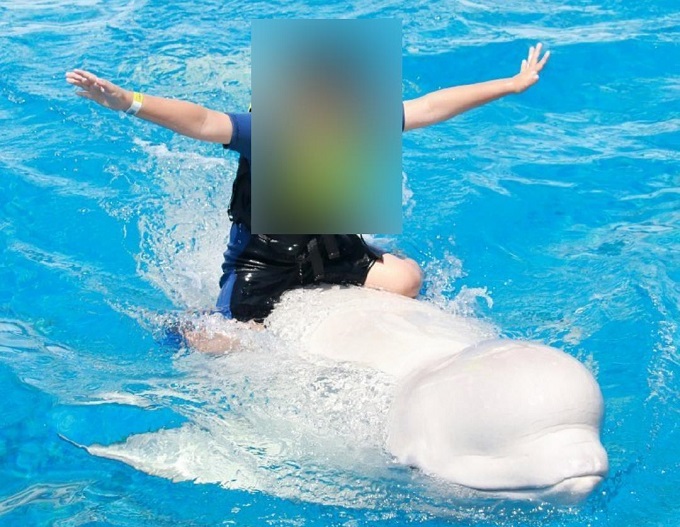 GEOJE, June 30 (Korea Bizwire) — Controversy has sparked over the practice of riding dolphins much like surfboards at a local aquarium in South Gyeongsang Province.

Geoje Sea World, located in Geoje, South Gyeongsang Province, was found to be operating a program in which participants have photos taken as they ride dolphins around the swimming pool.

The program costs 200,000 won (US$170) for each participant to ride a dolphin for 70 minutes. Divers and netizens described the practice as animal abuse, raising criticism against the aquarium. 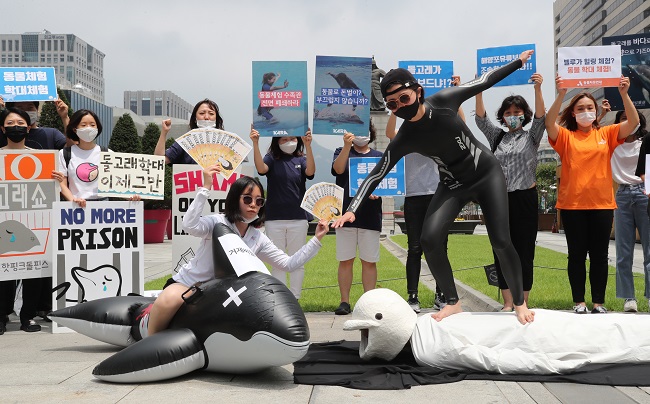 A petition was posted on the an online petition site run by the presidential office on June 18 calling on Geoje Sea World to put a stop to the dolphin-riding program. The petition had been signed by more than 40,000 people as of Monday.

“Dolphin-riding is allowed for five minutes or less based on the dolphin’s condition, and is done only two times every day,” said a source from Geoje Sea World.

“We currently follow U.S. guidelines since South Korea doesn’t have any. We intend to carry on with the program.”