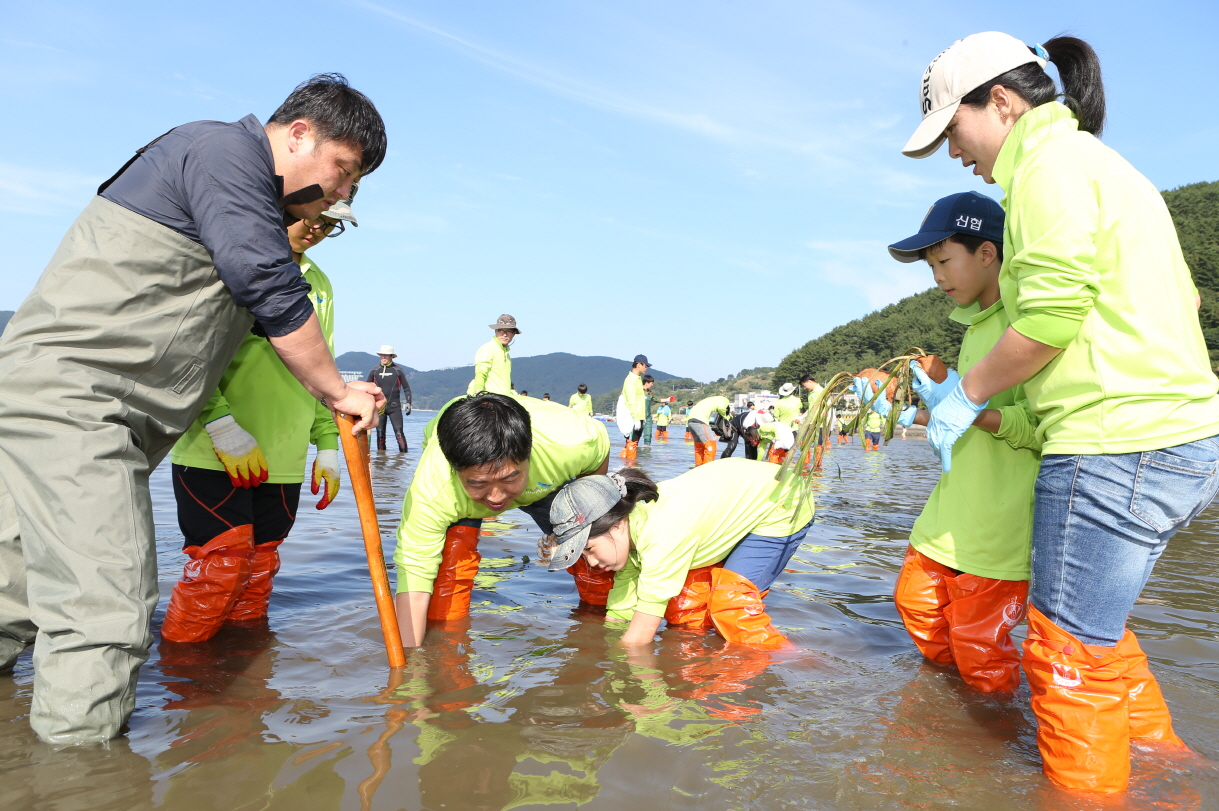 The participants planted in the water common eelgrass (Zostera marina), with an accompanying lecture on the importance of the seaweed for the coastal ecosystem as it forms the habitat for many fish species.(image:DSME)

SEOUL, Oct. 12 (Korea Bizwire) – Daewoo Shipbuilding & Marine Engineering said on October 10 that it held the first “Ocean Arbor Day” event on the previous day with 300 employees and their families at a beach in Jisepo-ri within Geoje Island.

The participants planted in the water common eelgrass (Zostera marina), with an accompanying lecture on the importance of the seaweed for the coastal ecosystem as it forms the habitat for many fish species.

In addition, the participants cleaned up the river estuary by picking up abandoned fishing gear and other garbage that pollutes the water and marine resources. The seaweed planting ceremony, the highlight of the event, was joined by all and was expected to keep the coastal waters clean while preventing algal blooms.

Lee Cheol-sang, vice president of Daewoo Shipbuilding, said, “This event was the first occasion initiated by the corporate sector to respond to the government’s call for cleaning up the nation’s marine environment.”

The company will hold the Ocean Arbor Day every year and expand the areas to plant sea grasses to all beaches in Korea in addition to locations in Geoje Island.

Earlier in July this year, Daewoo Shipbuilding had signed an agreement with the Korea Fisheries Resources Agency at its Okpo Dockyard in Geoje to work with the state-run agency to clean up the coastal waters and help marine resources prosper by planting seaweeds.