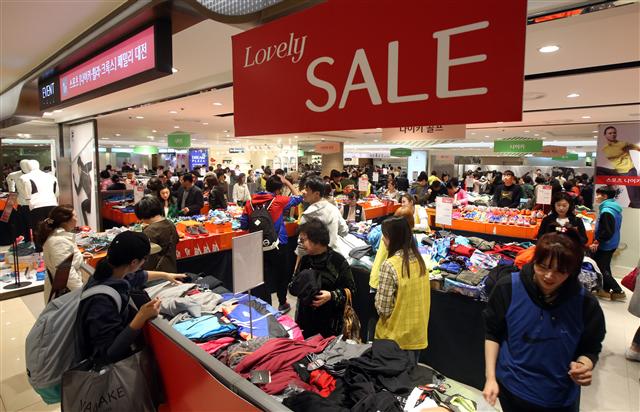 A couple years ago, November was an off-season for shopping in the country with only a few vendors holding promotional events. (Yonhap)

SEOUL, Nov. 1 (Korea Bizwire) — South Korea plans to follow the likes of Black Friday in the United States and Singles’ Day in China to come up with its own shopping festival in November.

Fierce competition is expected among e-commerce companies this year as well.

As recently as a couple years ago, November was an off-season for shopping in the country with only a few vendors holding promotional events. Now, however, more companies are participating in the November promotions.

Wemakeprice Inc., a local open market operator, announced that it will give out 20 billion won (US$17.1 million) as ‘subsidies’ for 150,000 customers to go shopping this year.

It is the largest amount a single company has vowed to spend in the country.

TMON Inc., an online shopping mall, plans to give out an equal amount of shopping money to all members. Each member will be given a 100,000 won discount coupon.

11st, a major online shopping mall run by SK Planet Co. that has been holding online shopping festivals every November 11, is aiming for 150 billion won in daily transactions this year.

With 11 years of experience in holding festivals every November, 11st believes it has the higher ground when it comes to merchandising.

This year, offline distributors have also jumped into the competition over November promotions.

Shinsegae Group declared November 2 as SSG Day, a special day of sales promotion on which all 18 affiliate companies including Emart will participate.

SSG.COM, a Shinsegae affiliate, previously gave out 10,000 won to each of its 1 million members as shopping money.

“We used to understand that the end of the year was the time to go shopping. Now, it has been moved forward to November,” said a source familiar with the retail industry.