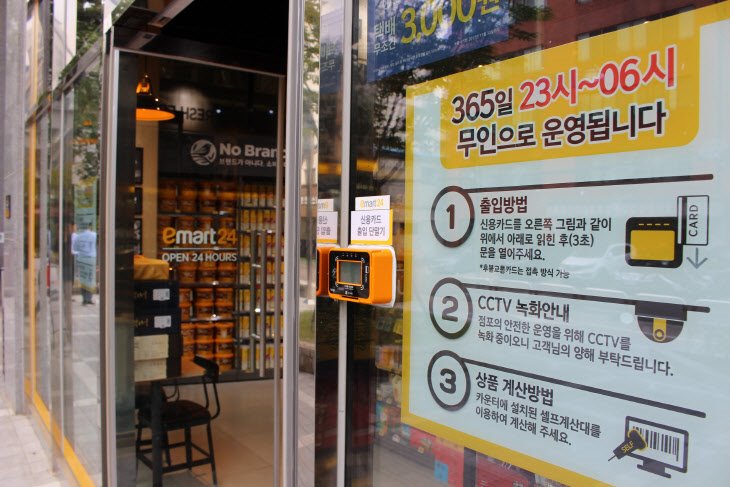 During the daytime, however, the stores are operated by employees.

The initiative is a part of a plan to boost revenue at stores that are usually closed late at night from 11 p.m. to 6 a.m. These types of stores account for 80 percent of the 5,500 E-Mart 24 stores nationwide.

At present, the number of hybrid stores is estimated at about 150. The operation system of such stores can easily be switched to unmanned mode using E-Mart 24’s dedicated mobile app.

Using the app, owners can close or open the gates at the convenience stores as well as the doors of storage and office spaces within the stores.

The app sends a push alert to the owners instantly if sensors located near fire detectors and refrigerating equipment within the stores detect anything abnormal.

E-Mart 24 also developed a mobile authentication system to make it easier and more convenient for customers to access the hybrid stores and make payments simply with their smartphones.