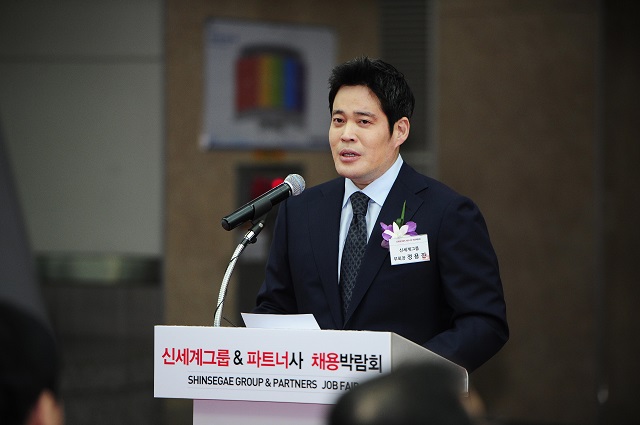 Shinsegae Vice Chairman Chung Yong-jin told reporters of the pullout at a job exhibition held in Ilsan, northwest of Seoul.

Local media have reported that E-Mart is closing down its business in the world’s second-largest economy, citing poor performance and failure to fully assimilate the brand into the local market.

Entering China in 1997, the number of E-Mart stores had at one time neared 30 but there are currently six left as the retailer scaled down the business due to mounting losses.

On the domestic front, Chung said Shinsegae will continue to push to build another large shopping mall complex in southern Seoul, despite growing opposition from small merchants in the area.

“I will wait if it takes time… I’ll make the utmost efforts if given the opportunity,” he said, hinting that he has no intention of withdrawing the plan.

His comments came as the retailer is in a dispute with small store owners based in a city in Gyeonggi Province, where Shinsegae is planning to build a large-scale shopping mall complex worth 870 billion won (US$775.4 million) by late 2018.

Shinsegae clinched an agreement with Bucheon City in 2015 for the establishment of the shopping and entertainment landmark on a 76,000 square-meter site to operate its key retail units — Shinsegae Department Store and hypermarket chain E-Mart.

But the retailer has put a halt on construction since owners of small shops in the surrounding area protested against it, saying that it will hurt their businesses. Shinsegae later scaled down the project to 37,000 square meters.

Industry watchers speculated that Chung, who’s technically in charge of the conglomerate in the place of Chairman Lee Myung-hee who is his mother, is taking a cautious approach as the new Moon Jae-in government’s key initiatives are centered on curbing market monopolization by big retailers.

Shinsegae has been aggressively expanding its shopping mall Starfield, with one opened last year and another set to launch this summer on the outskirts of the capital.