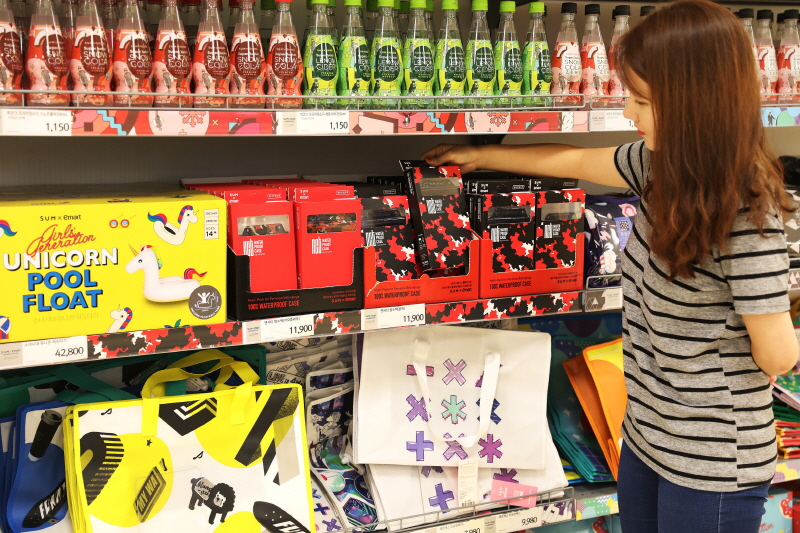 The chain store, a key affiliate of retailer Shinsegae Group, said it will create 49 everyday products in cooperation with SM Entertainment.

Products include travel bags, mats and water recreation products, and are follow-ups to the carbonated beverages that it released last year in cooperation with SM. The sparkling beverages were well received in the market and posted solid sales.

E-Mart said the products will be introduced through interviews with stars from Super Junior, Girls’ Generation, SHINee, EXO, f(x), Red Velvet and NCT.

The retailer claimed the latest collaboration has been favorably received by consumers, and in particular young shoppers.

It said the portable fan created in concert with NCT has been in high demand since hitting store shelves, along with the travel pouch endorsed by EXO.

“Products sold in cooperation with stars are helping to get more young people to shop at E-Mart that is strengthening the ‘young’ image of the store,” a corporate source said.

E-Mart like other retailers are trying to make their brand more distinct compared to rivals as part of a broader strategy to thrive in the face of stiffer competition.