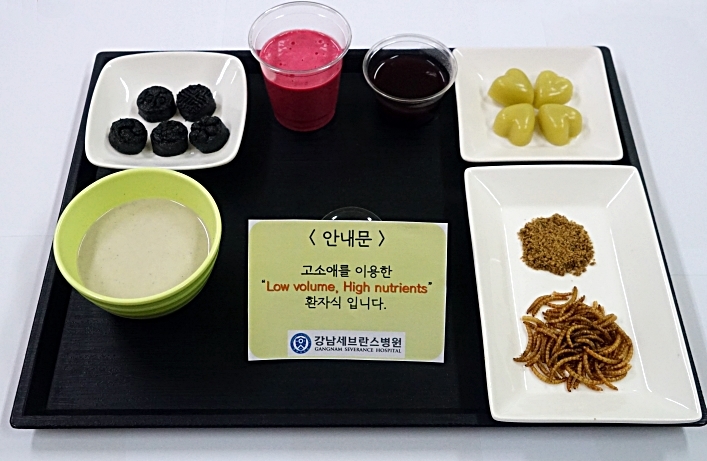 SEOUL, Dec. 27 (Korea Bizwire) – A recent study by Gangnam Severance Hospital doctors revealed that insects, which are typically high in calories and protein, can improve the recovery process for patients undergoing surgical procedures.

The study compared 20 patients who consumed food made of yellow worms, and 14 who were provided with typical hospital rations, from August 4 to November 2.

The results showed that the average daily calorie intake for the first group was 964kcal, compared to 667kcal for the second, while protein intake was also higher for the insect group at 38.8g, compared to 24.5g for those subsiding on hospital rations.

Body composition analysis also revealed that patients who consumed food derived from insects had a higher fat-free body mass (total weight excluding fat) relative to those who did not – indicating that the first group improved its chances of survival and reduced the possibility of developing post-surgical complications.

“Supplying post-surgery patients with a sufficient amount of protein is essential for helping wounds to recover, boosting immunity, and maintaining fat-free mass,” said Dr. Park Joon-seong, who participated in the study. “The yellow worm used in our study is Korea’s first officially designated insect for food use. The high protein content makes it an ideal food choice for patients recovering from surgery.”