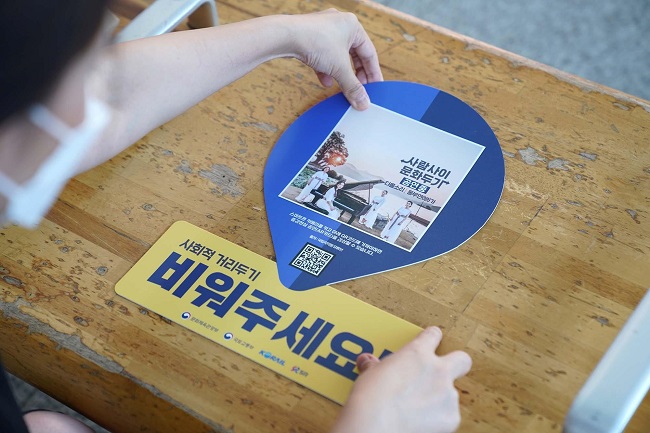 SEOUL, July 27 (Korea Bizwire) — The Ministry of Culture, Sports and Tourism said Monday that it will launch a campaign to enable people to enjoy augmented reality (AR) performances through smartphones at major train stations.

In collaboration with the Ministry of Land, Infrastructure and Transport, Korea Railroad Corp. and SR Co. which operates the Super Rapid Train, the culture ministry will carry out this campaign by Aug. 26 at the nation’s 10 major train stations.

The campaign is designed to encourage passengers to sit one seat away from each other in the waiting rooms at train stations. It uses a QR code inserted into a newly designed sticker to enable passengers to enjoy AR performances. 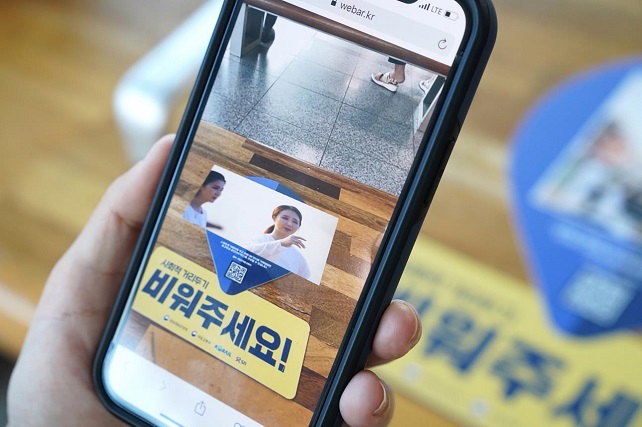 If users point their smartphone cameras towards the QR code, they can enjoy a variety of AR performances ranging from traditional Korean music to classic music and ballet.

The AR performances consist of 37 performance videos donated by the National Gugak Center and the Korean National Ballet.