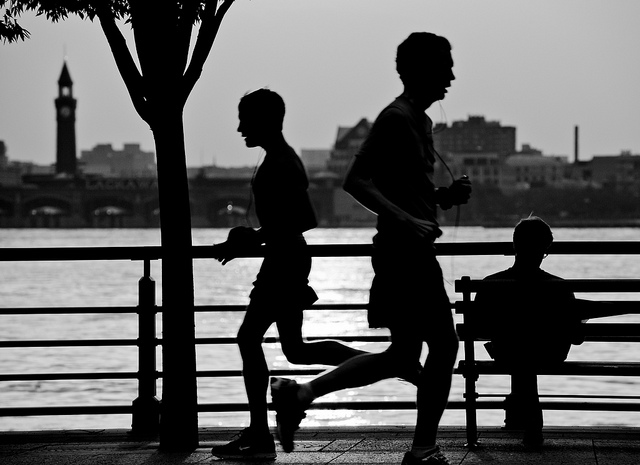 Excessive reduction of fat level inside the body can hinder synthesis of serotonin which influences mood control, sleep and appetite. (image: ozanhatipoglu/flickr)

Seoul, Korea, April 9 (Korea Bizwire) - A study said that excessive dieting may lead to depression and even suicide.

A medical team at Ilsan Paik Hospital of Inje University has proven a hypothesis that excessive reduction of fat level inside the body can hinder synthesis of serotonin which influences mood control, sleep and appetite.

The team has divided 73 depression patients into 20 who had strong suicidal tendencies and 53 who had none, and found out the average blood triglycerides level of those who are strongly suicidal was 107 mg/dl, which was 30 percent lower than that of those who had no suicidal impulse, which was 156 mg/dl.

The research team has also confirmed the fact that if the blood triglycerides level and low-density cholesterol level falls, the functioning of serotonin also drops significantly.

Doctor Park Young-min who led the team said, “Considering existing studies which showed suicidal thoughts and functioning of serotonin are closely related, deficiency of fat, one of the important constituent parts of brain, can cause abnormalities in synthesizing of serotonin and its functioning, leading to vulnerability of having suicidal inclinations.

He added “With more extensive research, a simple blood diagnosis will be able to predict a possibility of suicide, which can be used for prevention.” The study findings were published in the latest issue of the Journal of Affective Disorders, the official academic journal of the International Society of Affective Disorders.

2 thoughts on “Excessive Dieting May Cause Depression and Suicidal Tendencies”