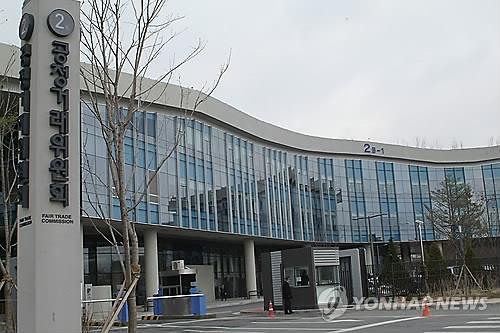 This is the first time the commission has dealt with domestic market restrictions that could be brought on by a deal between two multinational pharmaceutical companies. (image: Yonhap)

The Fair Trade Commission (FTC) said it ordered Bayer Korea to dispose of its assets and rights related to all Mercilon tablet business in the country.

“The decision was made because Bayer’s dominance in a market that is already controlled by imported drugs could be detrimental to the interest of consumers,” the FTC said, adding that the measure could preempt any moves by Bayer to hike up prices for its drugs.

This is the first time the commission has dealt with domestic market restrictions that could be brought on by a deal between two multinational pharmaceutical companies, it said.

The action reflects market circumstances in which import authorization process for oral contraceptive drugs takes a long time and the required knowhow in their production pose high entry barriers to the industry, heavily restricting open competition.

Under the country’s fair trade rules against market dominance by a single company, a firm with more than 50 percent in market share for a product that also has a 25 percent edge over its closest rival can be told to readjust its business operations.

Besides Bayer and Merck & Co., the only other viable player in the country is Pfizer Inc. that sells two drugs with a combined market share of just 14 percent. There are two others, but their share of the contraceptive market stands at just 4 percent.

The FTC, however, said other operations the local company acquired as a result of the Bayer-Merck & Co. deal in May 2014 will not be affected. Besides birth control, Bayer Korea took over nasal inflammation treatment medicines and a steroid-type skin treatment drug business from its competitor. Bayer Korea formally requested permission to take over Merck & Co.’s local operation in October last year.

“The sell-off of the oral birth control business must take place in consultation with the FTC, with the new owner having the capability to compete with Bayer,” the watchdog said.

Yuhan Corp., which had previously sold Mercilon in South Korea, cannot be picked as the new owner, it said.