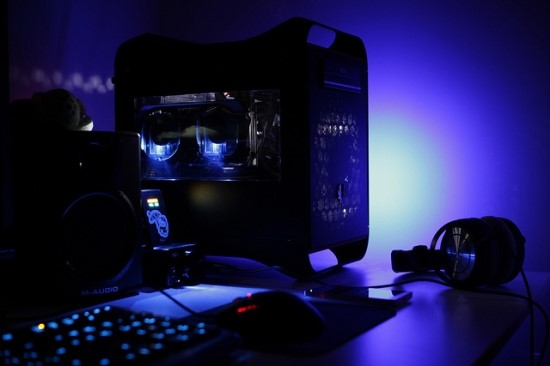 Under the Youth Protection Act in Korea, online game service providers are currently banned from offering services to children under age 16 from midnight to six in the morning. (image: Kobizmedia)

SEOUL, Korea, April 26, 2014 (Korea Bizwire) – After the Constitutional Court of Korea ruled that the so-called “shutdown policy” — which had been introduced in 2010 — legal, the local game industry showed extreme backlash, criticizing the decision was a contradictory ruling against the current regulatory reform stance of the government.

The policy mandated disconnection of the online game access by adolescents aged younger than 16 after midnight — from midnight to six in the morning time. The court made the decision in a 7-2 majority opinion by its justices.

To the ruling, the Ministry of Gender Equality and Family released a welcoming statement saying, “Recently, parents are concerned about the damage done to their children who are addicted to Internet games and smartphones. The judgment reconfirmed the spirit of the constitution and common values supporting the sound growth and protection of the children in Korea.”

The ministry stressed that it would promote policies through the support of parents and related campaigns. However, the Korea Internet Digital Entertainment Association (K-IDEA) criticized that the ruling would pour cold water to the current discussion on relieving game-related regulations.

A K-IDEA official said, “It’s a pity that the Constitutional Court made such a decision in the middle of the government’s effort to improve the regulatory regime and repair the shutdown policy. With this ruling, the game industry will keep suffer.”

In particular, the industry expressed disappointment with the decision since it came right after President Park Geun-hye created an atmosphere for regulatory reform. Recently, the President said on the issue, “Since the game industry is a big business with high global competitiveness, we will try to make a reasonable regulatory policy on the industry after fully reviewing the current state of regulations.”

An official at the industry said, “Under the current compulsory shutdown policy, even parents cannot control the time of their teens’ gaming. It is also proven that the policy has not been effective as the number of game users during the late night declined only 0.2 percentage point from 0.5 percent to 0.3 percent.”

In reality, according to a survey by the culture ministry asking 1,200 teen game users, 27.4 percent of them responded, “It is useless to regulate games by categorizing age limits for certain games.” Almost 60 percent of them reasoned that they could get authentication by their parents’ personal identification numbers.