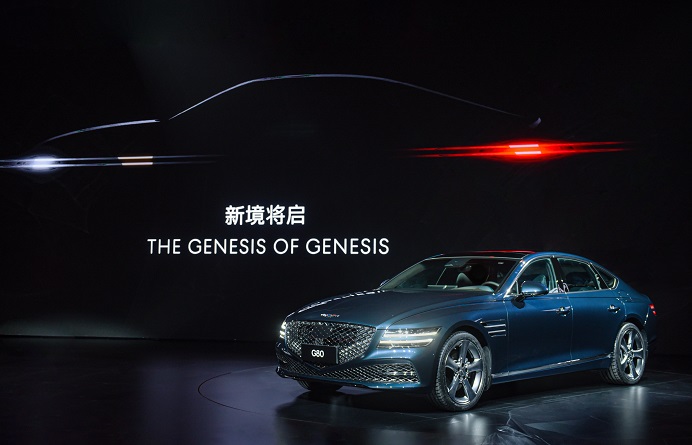 Genesis, the independent luxury brand of Hyundai Motor Co., showcases G80 sedan in a media event in Shanghai on April 2, 2021, in this photo provided by the automaker.

Genesis showcased G80 sedan and GV80 SUV in a media event in Shanghai, which will be the first duo to enter the Chinese market this year.

“Genesis will bolster its luxury brand image to target the young generation, a key customer group in the fast-rising Chinese luxury car market,” the automaker said in a release.

Their launching schedule will be announced at Auto Shanghai, one of the world’s largest auto shows, slated for later this month.

Starting with China this year, Genesis said it plans to explore the European market to expand its global presence.

Launched in 2015, Genesis has released luxury models in the United States, Canada, Russia, the Middle East and Australia.

The brand launch in China is part of Hyundai’s broader plan to revitalize its sluggish Chinese business to improve profitability.

Last week, Hyundai Motor CEO Ha Eon-tae said the company will expand new models, cut incentives and maintain the appropriate inventory at dealerships in China to make a “turnaround” in the key market.

Hyundai has reorganized its Chinese operations since 2019 following years of weak sales, suspending the No. 1 Beijing plant and halting production of low-end compact models to enhance profitability.