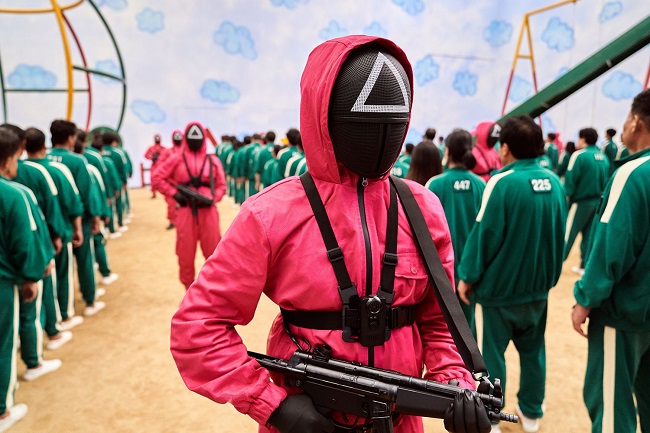 While the thriller’s global popularity is a welcomed feat, it contrasts with South Korean production companies depending increasingly on global streaming platforms, driving South Korean platforms away from the competition.

Hwang Dong-hyuk, the writer-director of “Squid Game,” first came up with the idea for the series in 2008 and produced a scenario in 2009, only to be rejected by investors and actors for its “weird, unrealistic features.”

South Korean director Bong Jun-ho’s Netflix-backed sci-fi film “Okja” didn’t make it to most of the cinemas in South Korea. Nevertheless, Bong thanked Netflix for helping him “finish the movie.”

Creators prefer Netflix over South Korean platforms since their productions can almost immediately be assessed on their international competitiveness.

Production companies, too, prefer sending their content to Netflix, because the platform guarantees a profit. 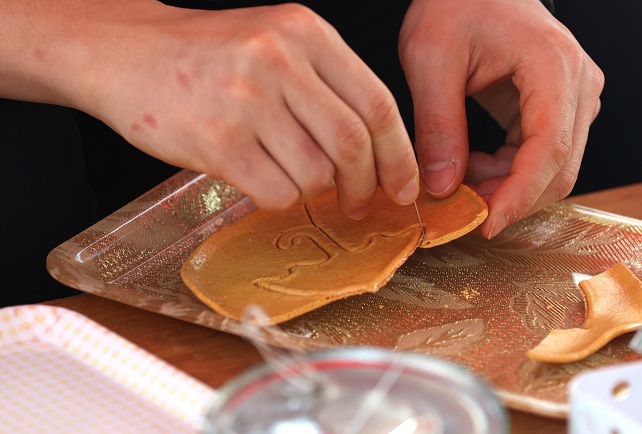 People enjoy “dalgona bbobggi” by a street vendor in Seoul on Sept. 30, 2021, as the nostalgic Korean game is rapidly gaining popularity around the world thanks to mega-hit Netflix series “Squid Game.” Dalgona is simply made of sugar and baking soda. (Yonhap)

In exchange for lowering the risk, however, the U.S. streaming giant takes ownership of publication rights and copyrights. The production company is entitled to fewer or no additional incentives.

Unlike other methods of film production, additional profits from the movie or series’ success are unlikely.

South Korean production companies have been distributing their content on Netflix to make stronger appeals for future investment.

There is also a risk, however, of them turning into mere ‘subcontractors’ for Netflix series and film.