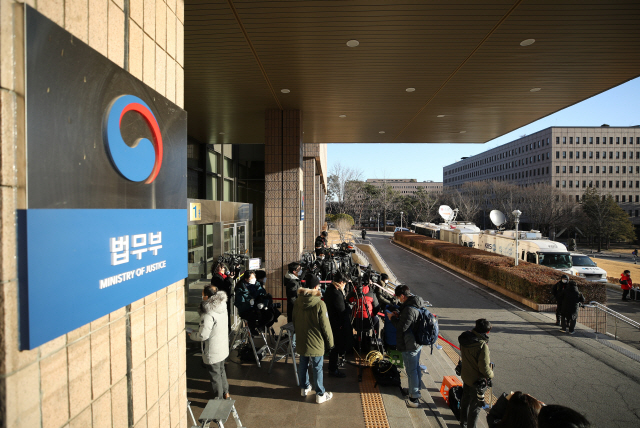 The undated file photo shows the sign hung at the entrance of the Ministry of Justice. (Yonhap)

SEOUL, Feb. 13 (Korea Bizwire) – South Korea’s government is pushing for a program in which foreign nationals subject to deportation due to minor offenses could extend their stay legally in return for a donation, the justice ministry said Saturday.

According to a research paper commissioned by the ministry on the subject, convicted foreign nationals who are given even minor punishments, such as a fine or suspended sentence, could face deportation under the current Immigration Act.

The government is working to add to the act a new clause about “a financial contribution,” as a way to give a second chance to those who are “at low risk of repeating their crimes, have lived a stable life here and are considered to be beneficial to the interests of the Republic of Korea.”

The donation should be up to 10 million won (US$9,000), the paper suggested, and the donation fund should be used primarily to maintain law and order, and to help immigrants and foreign visitors be integrated into society.

The ministry said it has been reviewing a revision of the current law and would consult the paper to determine the details.