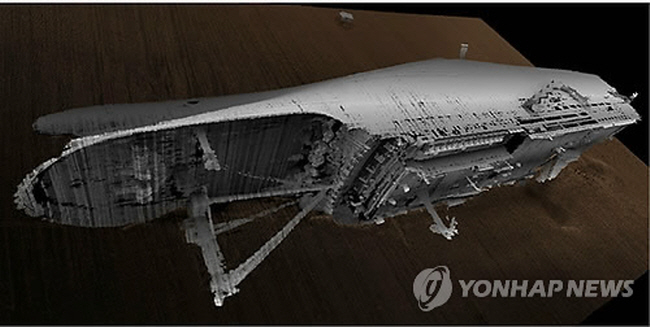 A feasibility study has shown that the physical recovery of a passenger ferry that sank last year may be technically possible. (image: Yonhap)

SEJONG, Apr. 10 (Korea Bizwire) — A feasibility study has shown that the physical recovery of a passenger ferry that sank last year may be technically possible, but it has yet to be decided whether to actually salvage the ship, the government said Friday.

The interim outcome of the government study came amid strong demand from the families of those killed in the accident to salvage the ship in order to determine the exact cause and to find the bodies of nine people who remain missing.

According to the Ministry of Oceans and Fisheries, the study largely checked the feasibility of five methods.

Of the five methods considered, using a submersible floating dock appeared to be the best choice, a ministry official told a press briefing.

“It is considered relatively safer than other methods considered,” said Park Jun-kwon, head of the ministry’s seaport policy bureau.

The method will use large offshore cranes to hoist the sunken ferry and move it onto a floating dock, which will then be drained to bring the ship up to surface.

Since such a method has never been used before, there is a slim chance that the hull could break into two parts while being raised from the seabed.

The ministry official, however, noted the technical possibility of the ship’s recovery will only play a part, along with other factors, in the final decision on whether to actually pull the ship out of the water.’

Other factors that may play a role include the cost of the project.

Park said the particular method using offshore cranes and a floating dock is expected to cost at minimum 100 billion won (US$91.35 million), but could grow to more than 200 billion won depending on many elements such as duration. The project could easily last up to 18 months depending on weather conditions.

The country’s conservative groups are opposed to spending large amounts of taxpayers’ money to salvage the sunken ferry. The government earlier said it has already spent some 185 billion won, mostly on search and rescue operations that lasted nearly seven months after the tragic sinking of the ship.

It said at least an additional 250 billion won will be needed to compensate the victims, as well as residents and fishermen near the accident site who were forced to halt their daily jobs due to the prolonged search and rescue operation.

The ministry official said other methods of recovery considered included using only offshore cranes, which will likely cost less than using both cranes and a floating dock.

However, other methods may be excluded from the shortlist of available technologies as they may prove to be extremely dangerous, if not impossible, due to strong currents in the accident area.

The ministry said it will work to publish a final report of the feasibility study before the end of the month and submit it to the central disaster control center, which will then make a final decision on whether to salvage the ship.

Such a decision is expected to take at least a few months as Maritime Minister Yoo Ki-june has said it should be based on public consensus.