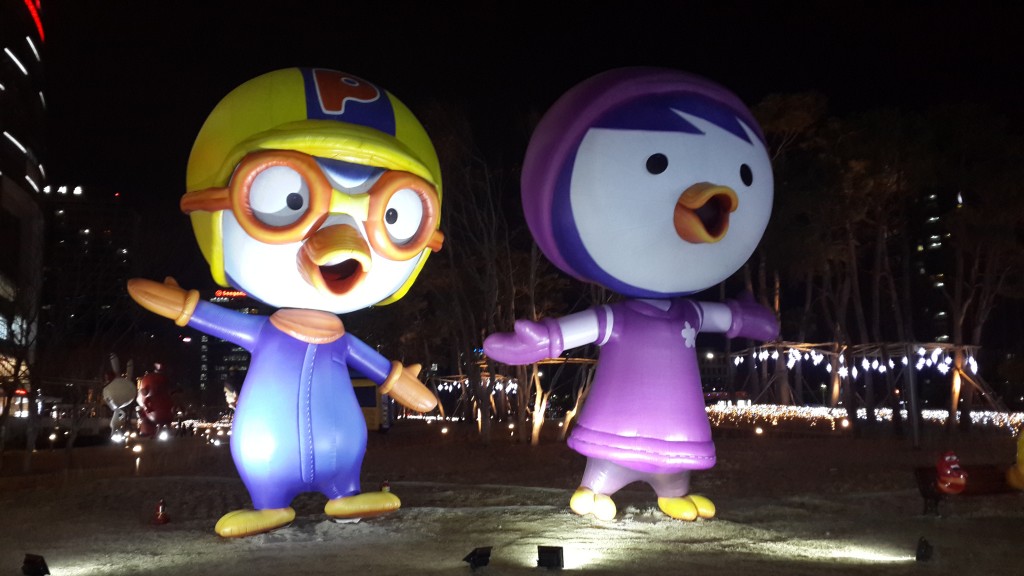 Pororo statues in Lotte world 2 Seoul South Korea. Pororo is one of the most popular animated film’s characters. (Image courtesy of Wikimedia Commons)

The budget will be spent on content creators in six categories — animation, cartoon, character, story, music and fashion, said the agency under the Ministry of Culture, Sports and Tourism.

The KOCCA said in a statement that the six categories form the core of the future growth of Korea’s content industry and that the government’s financial programs hopefully help content creators produce excellent products.

The agency also plans to offer advice on content export and on-site production. It will run a center to gather cases of financial damages done to Korean companies doing business in or with China in the wake of Seoul’s decision to set up a U.S. antimissile system, which faces fierce opposition from Beijing.

The KOCCA will run a seminar on Monday to explain its business plans for this year. 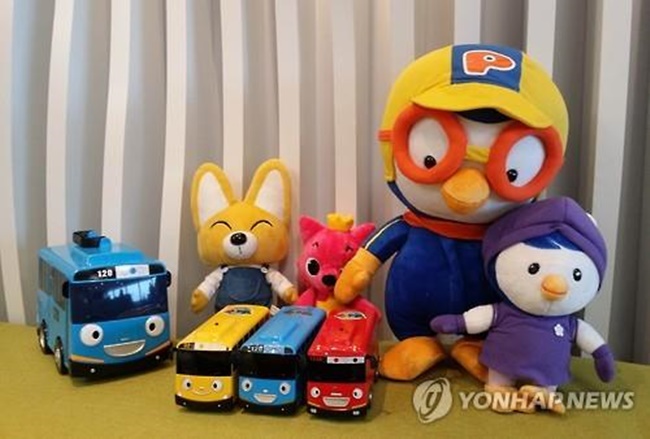