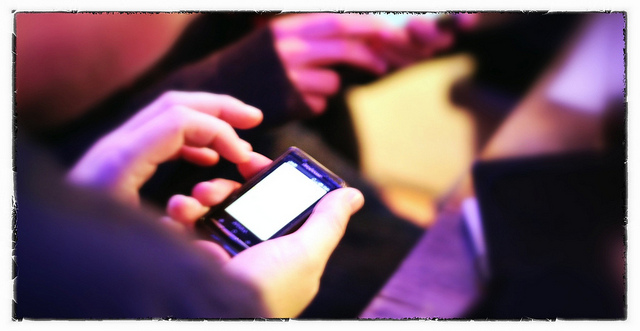 As more teenagers are dependent on smartphones, the more chances are that they will experience cyber-bullying. (image: phipcampbel//flickr)

On April 8, the Seoul city government released data from a survey of 4,998 students from fourth graders to high school sophomores on “Internet/Smartphone Usage and Cyber-bullying.”

According to the study, about 2.9 percent of the teenagers belong to the high-risk group and 16.1 percent to the potential-risk group, which means that one in five students has shown dependency on smartphones.

Among the high-risk and potential-risk groups, the experience of online abuses was found to be more frequent. In the high-risk group, 9.1 percent answered that they have fallen victims to abusive remarks online, and 14.7 percent said they have used expletives to or insulted someone online.

Both types of experience were found to be about three to five times as frequent as standard user group statistics which were 3.1 percent and 2.5 percent each.

About 71.6 percent of the students, who have taken part in online attacks, targeted their classmates. In more than a half of the time (59%), the cyber-bullying happened over mobile messenger apps such as KakaoTalk.

The most common motive for bullying was “taking part in by accident (43.7%),” which explains how casually and carelessly teenagers join in the personal attacks. However, certain cases of cyber-bullying could have been quite serious considering that 4.9 percent of the students answered that the period of cyber-bullying lasted for more than one year.

A Seoul city government official said, “The research shows how students have become mobile tech savvy without awareness of values ​​and moral standards.” The government plans to provide preventive education and cyber-bullying and smartphone addiction hotline to cope with the problem.