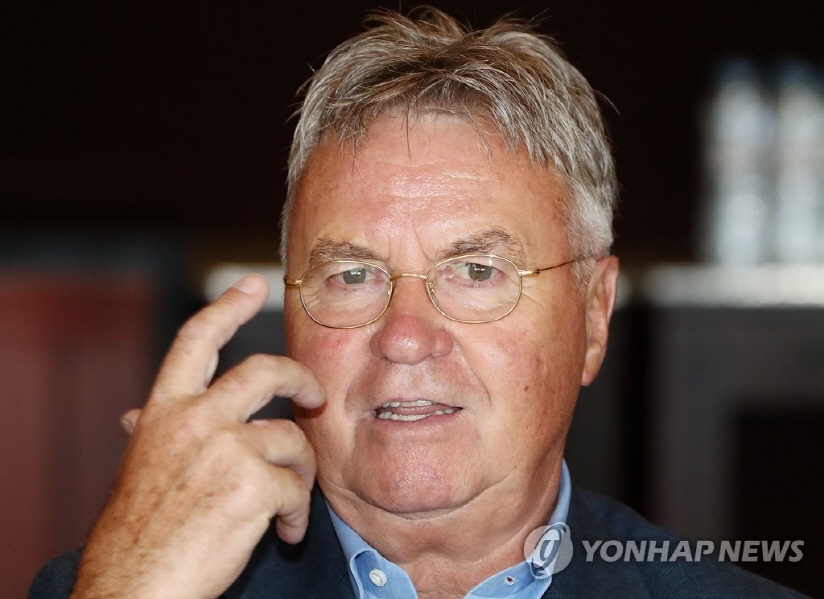 SEOUL, Sept. 15 (Korea Bizwire) — Guus Hiddink, who recently pledged his support for South Korea at the 2018 FIFA World Cup, is expected to meet current national football team boss Shin Tae-yong next month in Russia, an official with the Korea Football Association (KFA) said Friday, amid speculation of the Dutchman returning to a coaching job.

South Korea will face the 2018 World Cup hosts Russia in a friendly match in Moscow on Oct. 7. Hiddink, who guided South Korea to the semifinals at the 2002 FIFA World Cup, is scheduled to visit Moscow to watch this match, according to the KFA official.

“We know Hiddink is going to visit Moscow and see the match,” the KFA official said on condition of anonymity. “But we haven’t discussed Hiddink’s role regarding the national team at the moment.”

Hiddink reportedly received an invitation from the Russian Football Union to see the friendly even before the KFA approached him. The 70-year-old was head coach of the Russian national football team from 2006 to 2010 and still has connections with Russian football officials. Sources here said that the Guus Hiddink Foundation, a nonprofit organization in Seoul, reportedly played a big role in setting up the friendly between the two countries.

If Hiddink and Shin meet, however, it is likely to be an awkward moment for both tacticians.

Hiddink said at a press conference in Amsterdam on Thursday that he is willing to help the national team in any way if the KFA wants him to. The former Chelsea and Real Madrid manager said he is thinking more of an advisory role but didn’t completely dismiss the possibility of coaching the national team.

Shin, who took over the national team in July after the KFA sacked Uli Stielike, previously said he doesn’t believe Hiddink would take the helm. The 46-year-old expressed his discomfort after a local news channel reported on Hiddink’s possible return just hours after South Korea secured a 2018 World Cup berth with their scoreless draw against Uzbekistan in Tashkent on Sept. 5.

The KFA has been rejecting speculation about Hiddink coaching the national team, saying Shin will lead the Taeguk Warriors at the 2018 World Cup. In response to Thursday’s Hiddink interview, the KFA said if there’s need of help, it will ask for his advice after consulting with the technical committee and Shin.