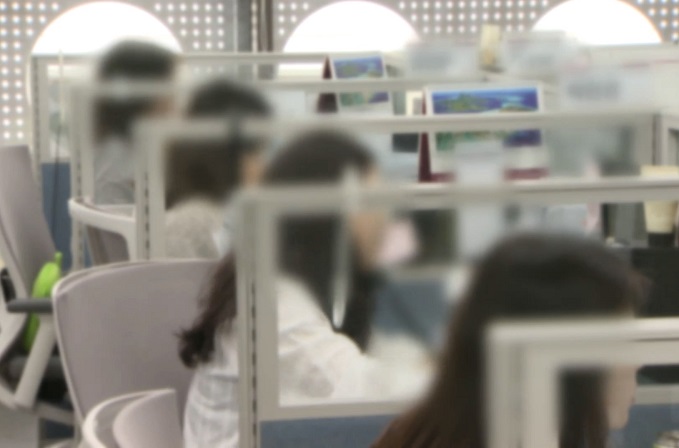 In the survey of 1,996 call center people conducted by the National Human Rights Commission of Korea from August to October, 48 percent said they thought of killing themselves and 30 percent said they had the thought in the past year.

As reasons for having suicidal thoughts, economic difficulty was cited the most at 55.6 percent, followed by mental stress at 53.4 percent.

The survey showed poor working conditions of call centers were not improved even after South Korea implemented a law aimed at protecting call center workers’ health in 2018.

The workers experienced emotional labor once per week, suffered verbal abuse and sexual harassment from customers 11.6 times and 1.1 times per month, respectively.

Two out of three workers were found to have been diagnosed with work-related illnesses, with one in three having received medical treatment for them.

More than 25 percent of respondents said they could not use the toilet freely because of heavy workload, and 15.5 percent said they do not have a separate place to take a rest.

According to the survey, the workers also experienced unfair treatment from their companies, including excessive pressure on their performance and surveillance of their work, as well as workplace bullying.

But 86 percent of respondents said there is no practical way to resolve such issues.