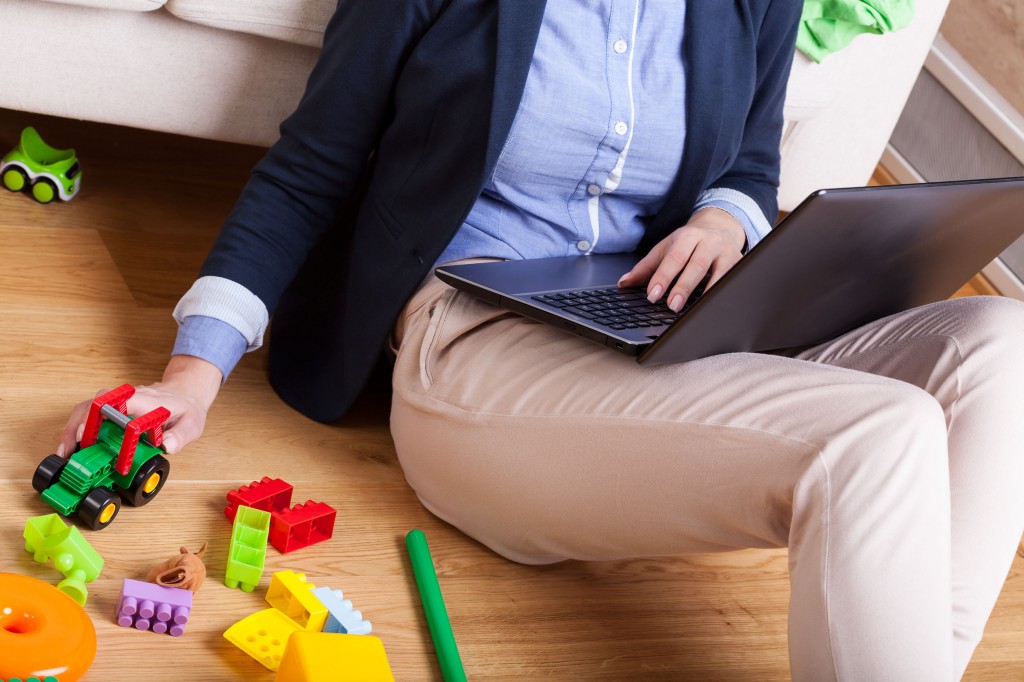 The latest poll showed that only 56.6 percent of working moms continued working one year after they concluded childcare leave as of 2014. (image: KobizMedia/ Korea Bizwire)

The high proportion of early retirement by women is attributed to discrimination at the workplace and long work hours, the report by the Korea Institute for Health and Social Affairs said.

South Korea ranked second only to Mexico in work hours put in by its people among the Organization for Economic Cooperation and Development (OECD) member states in 2014. OECD data showed a South Korean on average worked 2,124 hours in 2014, 1.2 times more than the average.

Less than half (49.9 percent) of South Korean women were employed as of 2015 compared to the OECD average of 57.9 percent.

South Korea’s fertility rate, or the average number of children a woman bears in her lifetime, is also the lowest among OECD member states together with Portugal at 1.24 in 2015.

The latest poll showed that only 56.6 percent of working moms continued working one year after they concluded childcare leave as of 2014. People can take up to a year off to look after their children, which women often take immediately following the completion of three-month maternity leave.

The figures were over 60 percent for five consecutive years from 2002.

The findings showed that working moms who only took the three months of maternity leave stayed longer at their workplaces. Some 80 percent were still working at their previous jobs a year after returning to work in 2014.

The report proposed the government come up with measures to foster a “gender equal, family-friendly and performance-based labor market” to raise the birthrate and employment for women.