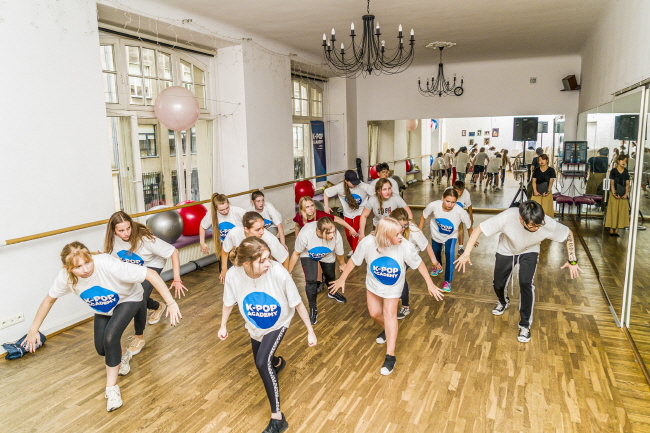 A dance class from the K-pop Academy run by the Korean Cultural Center in Poland. (image: Ministry of Culture, Sports and Tourism)

SEOUL, Feb. 4 (Korea Bizwire) — The ‘Hallyu (Korean Wave) visa’ that the government plans to introduce to attract foreign cultural talents this year is drawing mixed responses from both in and outside South Korea.

The Hallyu visa is a short stay visa with a duration of one or two years for foreign students who want to learn Korean culture, including K-pop.

The Ministry of Justice plans to introduce the visa by the end of this year.

Previously, foreigners who wanted to learn about Korean culture were allowed to stay only if they obtained a student visa after being enrolled at a domestic university or if they get a working visa through contracts with domestic entertainment companies.

From now on, however, they can get a visa only if they are enrolled in private educational facilities teaching idol dance and acting.

Foreign Hallyu fans are welcoming the introduction of the visa. At a Chinese portal site, the number of searches for the Hallyu visa news exceeded 3 million in a single day.

However, domestic online communities are flooded with critical comments, including ‘Cultural talents are already sufficient here in South Korea’ and ‘Korea is already flooded with a large number of Chinese students and tourists and the Hallyu visa could make things worse.”

“The Hallyu visa is not for the people of a specific country and besides, it’s not for a permanent stay but for a short-term stay,” an official at the Ministry of Justice said.