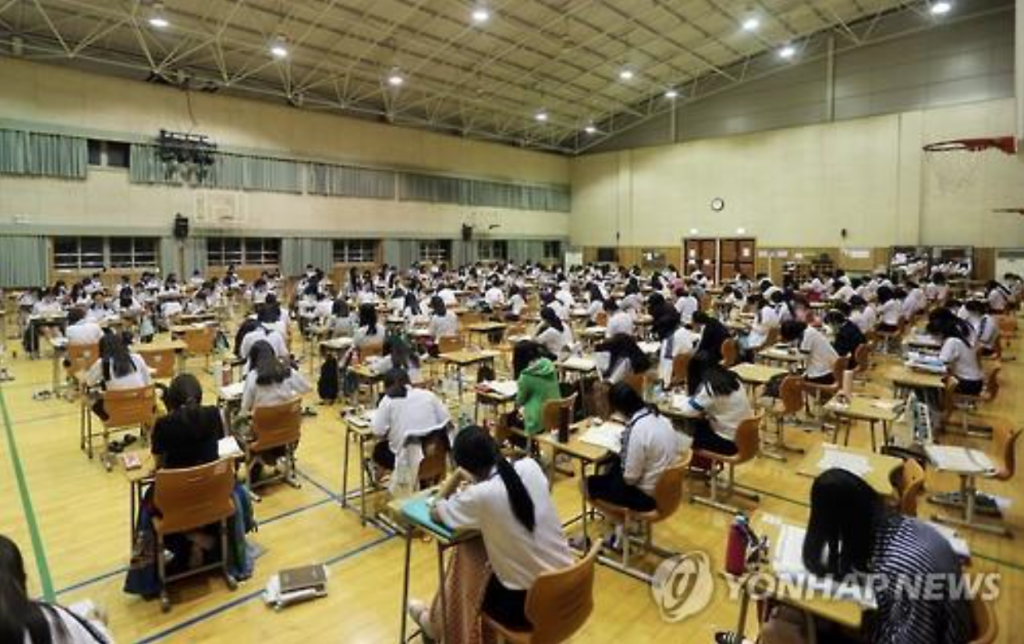 The challenge took place in the school’s multi-purpose room, and the participants were prohibited from using all electronic devices, including cell phones and MP3 players, until they had finished each day’s event. (image: Yonhap)

BUSAN, July 27 (Korea Bizwire) – How long can you study in a seated position? Students at Jurye Girls’ High School decided to put themselves to the test.

The school recently held a ’30-Hour Infinite Study’ challenge, with over 230 students participating, starting at 7 a.m. Monday and finishing at 10 p.m. on Tuesday evening, for an epic 30-hour study-a-thon.

The event was organized by the school with the intention to imbue students with self-discipline, self-esteem, and patient study habits, as well as reminding students of the old saying “you don’t study with your brain, you do it with your behind.”

In fact, this is the second time the event was organized by the school. At the 2015 incarnation of the event, 70 students started and 52 successfully completed the study-a-thon. But with positive feedback from last year’s participants, this number of participants at this year’s event swelled to 234 students in their first and second years, which accounted for 40 percent of all the students in the two grades.

The challenge took place in the school’s multi-purpose room, and the participants were prohibited from using all electronic devices, including cell phones and MP3 players, until they had finished each day’s event.

The supervising teachers checked the progress that students made every three hours, and recorded the time students took for rest, including time spent eating meals, and whether the students followed their pre-arranged study schedule. Students spending more than five hours resting were disqualified.

“Although it seems like Korean students spend long hours studying, the actual time spent on studying isn’t that high if you take away time spent on smartphones and listening to music,” said Kang Eun-young, deputy principal at Jurye Girls’ High School. “We expect the sense of accomplishment from succeeding in this challenge will boost their confidence, and help them grow to develop more independent study habits.”