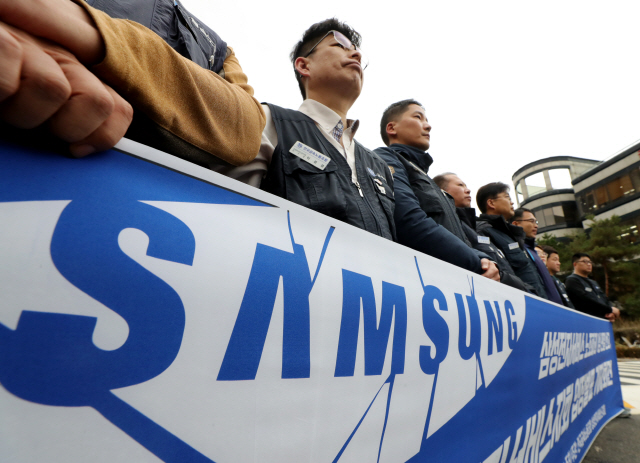 SEOUL, Aug. 10 (Korea Bizwire) — An appellate court on Monday acquitted Lee Sang-hoon, former chairman of Samsung Electronics Co.’s board of directors, of disrupting union activities at a Samsung affiliate in violation of labor laws, overturning a jail sentence by a lower court.

Lee and 31 other former and incumbent Samsung executives and officials were indicted in 2018 on charges of leading and engaging in group-wide efforts to neutralize the labor union at Samsung Electronics Service, a customer service affiliate, by gathering personal information about members and leaking sensitive personal data to force them to leave the union.

Lee, 65, was sentenced by a Seoul district court in December last year to 1 1/2 years in prison after being convicted of violating labor laws, with 25 others convicted on similar charges.

But the Seoul High Court reversed the lower court’s verdict for Lee and acquitted him of all charges, though it maintained guilty verdicts for 25 others and reduced or upheld their sentences.

The appellate court reduced the prison sentence for Samsung Electronics Vice President Kang Kyung-hoon, also indicted for violating labor laws through the alleged union-busting operations, from 1 1/2 years to one year and four months.

It also slashed prison sentences for Choi Pyeong-seok and Park Sang-bum, who formerly served as Samsung Electronics Service’s executive director and CEO, respectively, by two months to one year and one and four months.

Lee, Kang and others allegedly engaged in the union-disrupting operations, beginning in 2013, while working at Samsung Group’s Future Strategy Office, which served as the top conglomerate’s control tower for formulating and executing labor-management strategies.

The Seoul High Court said all the defendants had extensively engaged in illegal labor activities and inflicted mental suffering on union workers by ignoring their labor rights.

The court, however, said it decided to acquit Lee because evidence about his alleged illegalities was illicitly collected.

“This court has finally decided to give a not-guilty verdict to Lee after accepting his innocence claim but this doesn’t mean Lee was not involved in the union-busting operations,” the court said.