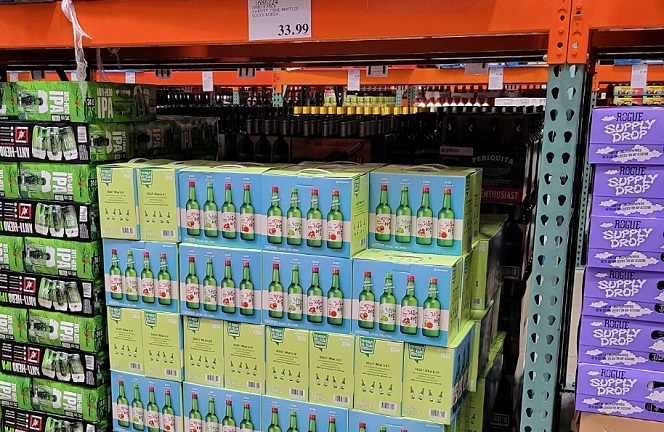 Boxes of flavored soju from Hite Jinro are displayed at a Costco store in Chicago, the United States, in this photo provided by the company on Oct. 17, 2022.

Since the company made its products available at the Costco Yonkers branch in New York, four flavored soju products from Hite Jinro are being sold at 17 Costco outlets across the country this year, including in the states of Minnesota, Wisconsin and Illinois, it said.

The company plans to expand its soju products to five more Costco outlets in San Diego, California, it added.

The beverage maker plans to raise brand awareness through its retail sales channels while expanding the number of Costco stores that offer its products, particularly in the states of California and Texas.

Hite Jinro’s soju exports to the U.S. were up 107.4 percent in the first half of this year compared with the same period a year earlier. In 2019, the company partnered with discount retailer Target to sell its flavored soju at 15 stores across California.