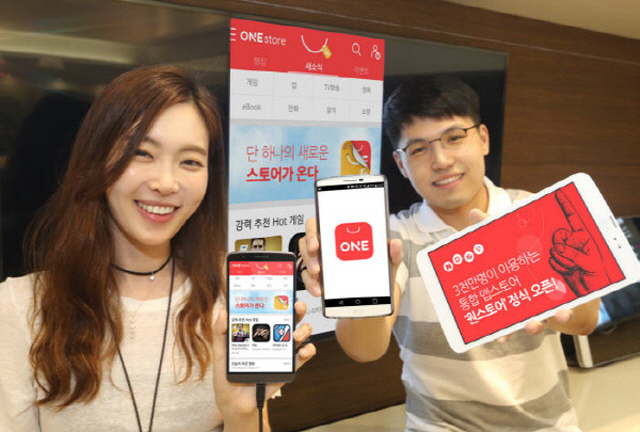 ONE store already offers lower commission rates than Google at 20 percent, or 5 percent for apps that use its platform’s payment system. (image: ONE store)

ONE store, a subsidiary of top wireless carrier SK Telecom Co., launched the app market in 2016 as a smaller rival to the Play store on Google’s Android operating system.

The app market has since steadily grown, turning a profit for the first time last year, while transactions on the platform grew for the 10th consecutive quarter in the final three months of last year, according to the company.

Google’s new billing policy set to take effect in October presents a new opportunity for growth for the smaller app market contender that is seeking to go public in the second half of this year.

The U.S. tech giant’s move is expected to raise fees for apps in South Korea newly impacted by the policy by up to 156.8 billion won (US$141.8 million) this year from 2020, and 27.1 percent of such app developers said they would use other app markets in response, according to a report from the Korea Mobile Internet Business Association. 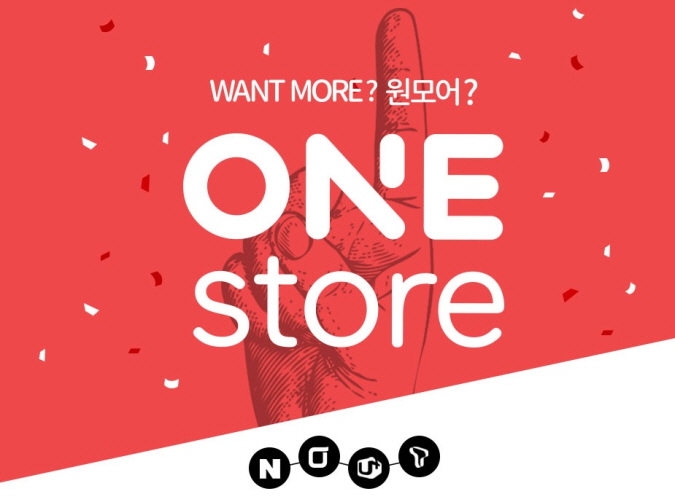 ONE store has moved in to capitalize on the situation, deciding last October to offer a 50 percent discount in commission fees for small app developers that record less than 5 million won in monthly transactions until the end of this year.

ONE store already offers lower commission rates than Google at 20 percent, or 5 percent for apps that use its platform’s payment system.

The company, however, faces a huge gap in market share compared to Google Play.

The U.S. platform’s app sales in South Korea last year are estimated at over 5 trillion won, accounting for 66.5 percent of the total, followed by Apple Inc.’s App Store at 1.6 trillion won with a 21.5 percent stake and ONE store at 882.5 billion won with an 11.7 percent share, according to the Korea Mobile Internet Business Association report.